Biden Is Leaving Us Vulnerable To Nuclear Attacks

I don't think that it can be stressed enough that Biden makes us look weak. China just threatened Taiwan, North Korea is building nuclear weapons and Russia is mobilizing troops near the border of Ukraine. Russia is also building up its nuclear weapons arsenal. Meanwhile, it seems Biden is twiddling his thumbs as he waits for direction from the Democratic party on what to say or do. But our allies have also taken note of our weakness. It looks like we are heading back into a cold war at best.

"Britain has sounded the alarm on Russia’s growing nuclear arms. Nearly half of Russia's nuclear arms are not covered by the New Strategic Arms Reduction Treaty, which the Biden administration extended in January. A March security review from London recommended a 40 percent increase in Britain’s nuclear stockpile as fears of Russia's arsenal grow.

For Major General Ferdinand B. Stoss, the director of plans and policy at U.S. Strategic Command, growing nuclear threats from Russia and others to American allies make his task of maintaining a strong nuclear stance all the more important.

"A challenge is that despite the U.S.'s concerted efforts to reduce the role of nuclear weapons … our adversaries since 2010 are doing the opposite," Stoss said. "We have to make sure that our nuclear triad is safe, secure, and effective. If it’s not, we wont be able to honor our extended deterrence commitments."

"President Biden and members of Congress meanwhile signal they do not want to grow or modernize America’s nuclear arsenal. Many of the key technologies used in deploying America’s nukes come from the Vietnam era."

Biden is just adding to our vulnerable state. His feebleness is one thing, but we shouldn't be disarming ourselves in any way, shape, or form, especially with all of our adversaries suddenly mobilizing. We are the United States of America, we are THE world power, we need to stop acting like anything less. 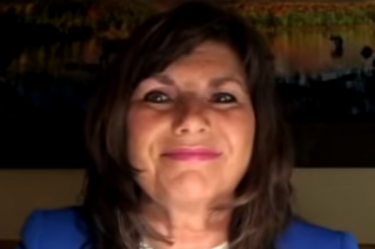 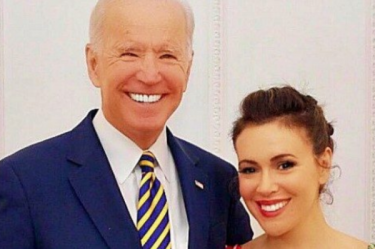 #Metoo Activist Calls Out Alyssa Milano As A Fake