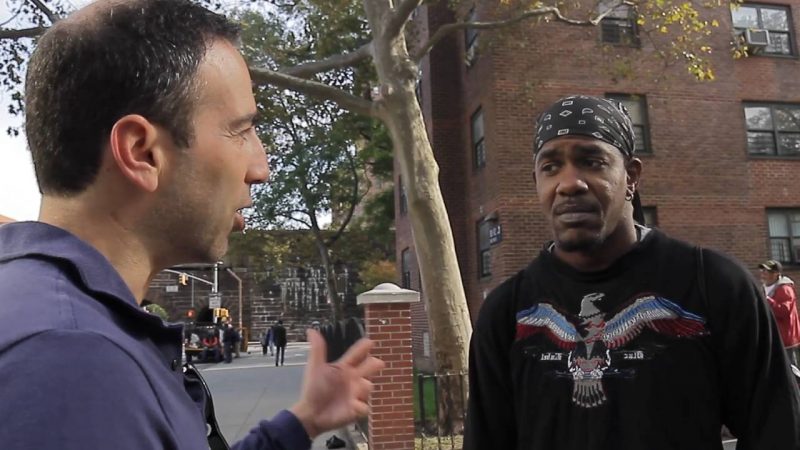 Every time the political election season starts drawing near, the same question always comes up without fail.

Are voter ID laws racist? Is requiring Americans who vote to have a valid ID a thing of racism?

The answer, of course, is no, but that doesn't matter to Democrats.

Here is how the students answered Horowitz's questions to them:

Horowitz: "Do you have an opinion on voter ID laws?"

"Yeah, they're usually pretty racist and they're bad."

"I think voter ID laws are a way to perpetuate racism," one student told Horowitz.

Horowitz: "Do you think it suppresses the African American vote?"

Student: "Definitely, because they're less likely to have state IDs" and another said "these type of people don't live in areas with easy access to DMVs or other places where they can get identification."

Horowitz: "Do you think that it's harder for black people to go online?"

"Well, I feel like they don't have the knowledge of how it works," one student said. "For most of the communities they don't really know what is out there just because they're not aware or they're not informed."

Then he visits Harlem, New York to see what the African American community thinks about the Berkeley students' responses.

"Why would they think we don't have ID?" one woman asked.

"That's a lie. Why would they say that?" was the response from another after Horowitz told her some believe black voters don't have access to ID services.

And yet another man said: "Everybody I know have [sic] ID. Like, that's one of the things you need to walk around New York with — an ID."

Overwhelmingly, the residents of Harlem said that this perception is ignorant.

Another woman said it is "a little racist" to suggest voter ID laws suppress the black vote because they don't have access to or knowledge of ID services.

"Because, you know, you're putting people in a category and you have no idea what you're talking about," she said.

Take the time to watch the full video down below: