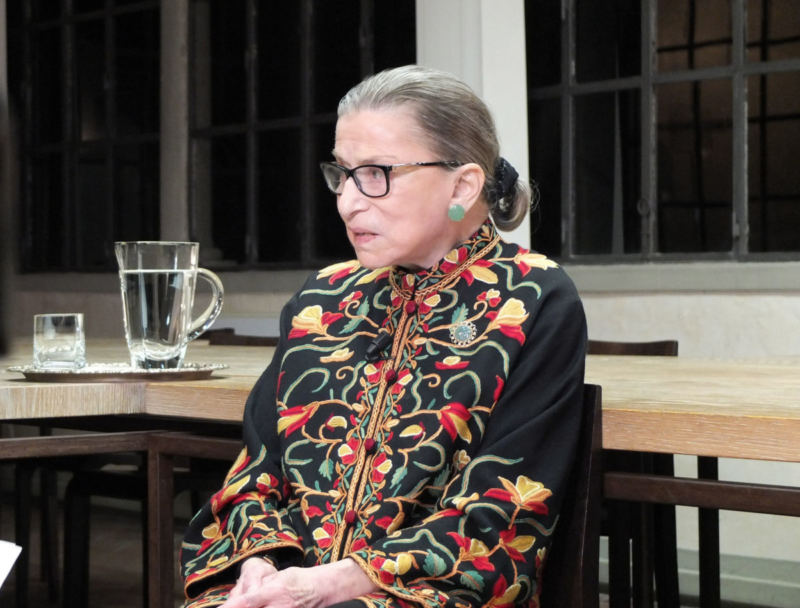 WHAT?! Notorious RBG Steps In To Defend President Trump from Democrats

Here's something you'd never ever think that you'd hear. Ruth Bader Ginsburg actually backing up President Trump against the Democrats.

The extremely liberal Court Justice agreed to put a hold on the attempt by the Democrats to attain President Trump's tax return records. The Dems have been trying to get their hands on the records from the day he set foot into the White House.

I don't know what they're hoping to find other than maybe he didn't make as much money as he says he has, but honestly, there are so many reasons why a return would say something different.

And the think about billionaires is that you have to remember that it's not like they have a billion dollars sitting in a bank account somewhere. Most of their money is in assets.

The move by Ginsburg came after Trump asked the nation’s highest court to temporarily halt two subpoenas for his financial records from House Democrats to Deutsche Bank and Capital One.

CNBC reported that Trump application “was submitted to Justice Ruth Bader Ginsburg because she is assigned to the 2nd Circuit.”

CNN Supreme Court reporter Shimon Prokupecz noted that Ginsburg’s order “reflects that the court wants more time before deciding whether or not to block the House subpoenas.”

Here is what Ginsburg wrote in her order: