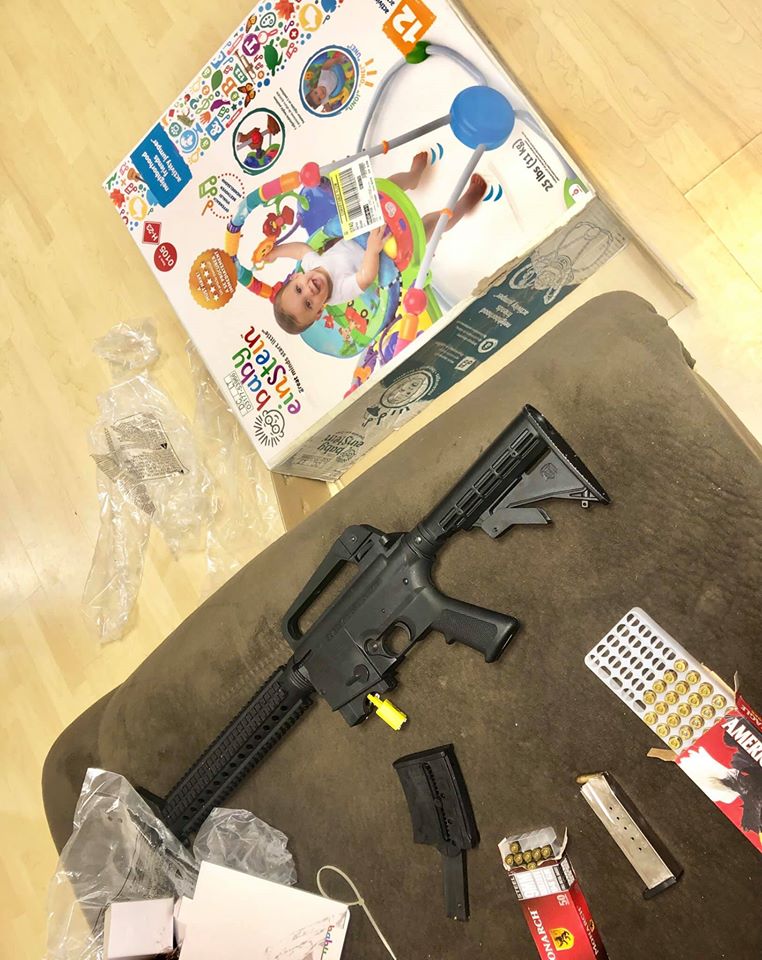 Florida Couple Buys Baby Bouncer, What They Found Inside Was Beyond Belief

A couple in Florida went out on a shopping trip for a baby shower and came upon a fantastic deal at a local Goodwill.

There they found a baby bouncer for only $10 and thought that it would make the perfect gift. Imagine the surprise they must have had when they opened the box to discover that there was a semi-automatic rifle inside the box instead of a bouncer.

Alvarez-Rodriguez took the gift to the baby shower where the father-to-be opened the box and said "You guys got me a gun," the Palm Beach Post reported.

Turns out, the baby bouncer box contained a Mossberg 715T semi-automatic rifle. Although the gun wasn't loaded and the chamber was locked, Alvarez-Rodriguez said the magazine inside the box was loaded.

Alvarez-Rodriguez posted photos of the unexpected gift to Facebook.

💰When you go to the Goodwill for a baby shower gift thinking you got a good deal on a bouncer ($10) not even opened and you end up opening a 🔫MOSSBERG 715T Semi-Auto Rifle 😱😱
FYI: This was Valparaiso Goodwill, Serial number was clean & Crestview Police said do what you want with it🏆 The gun now belongs to Baby Jonathan who is due to enter this world any day now 😂 #wegiftedhimhisfirstgun
Update: Just added video proof that gun does in fact fit in the baby bouncer box 📦 Crestview Police have the gun for 90 days.

💰When you go to the Goodwill for a baby shower gift thinking you got a good deal on a bouncer ($10) not even opened and...

Police were called and they initially told the couple that they could keep the weapon after checking their IDs and probably doing a background check. However, they later requested that the rifle be turned over to the police during the time of the investigation. Unless something new is discovered regarding the weapon, the police will be returning the rifle to the couple after a period of 90 days.