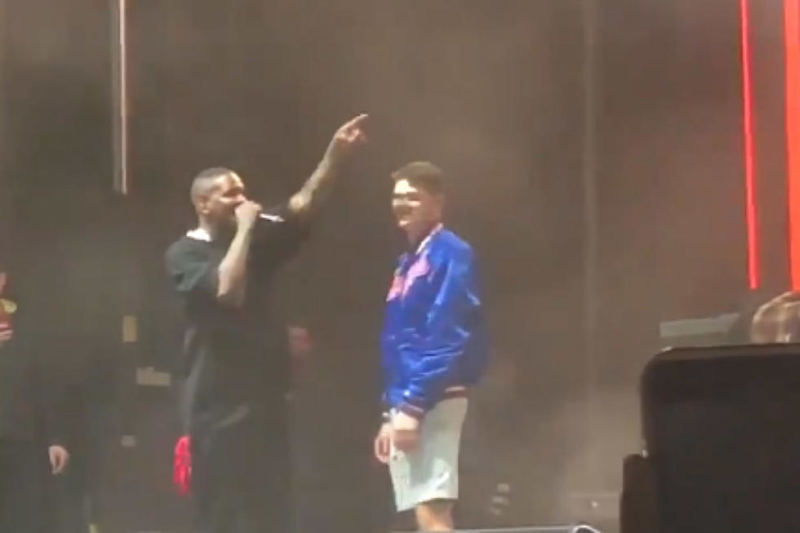 During a performance, rapper YG called out a fan for not yelling out the words, "f**k Donald Trump", which is part of one of his songs.

The rapper said to the fan after he brought him up on stage,

“I spotted you in the crowd, I asked if you f**k with Donald Trump. You said, ‘You don’t know.’ So since you don’t know, I need you to make up your mind tonight.”

Then he demanded that the young man say his name for everyone and yell out "f**k Donald Trump," which he refused to do.

Since he refused, YG kicked him off stage while the crowd cheered, then went into a tangent about how much he hates President Trump.

For those of you who are unaware of who YG is...you're not alone. He's just another worthless rap artist who wishes to remain enslaved by the Democrats.

Let's compare him to a Trump-supporting rapper, how about Kanye West?

Kanye is one of the biggest rap stars out there and he's not being hateful like YG is. Kanye is now a genuine Christian and a vocal Trump supporter. He realizes that he and the black community have been brainwashed and he finally escaped and found Christ. Now he's on a mission to share the word, encourage others, and help others in the black community to see the error of their political enslavement by the Democrats.