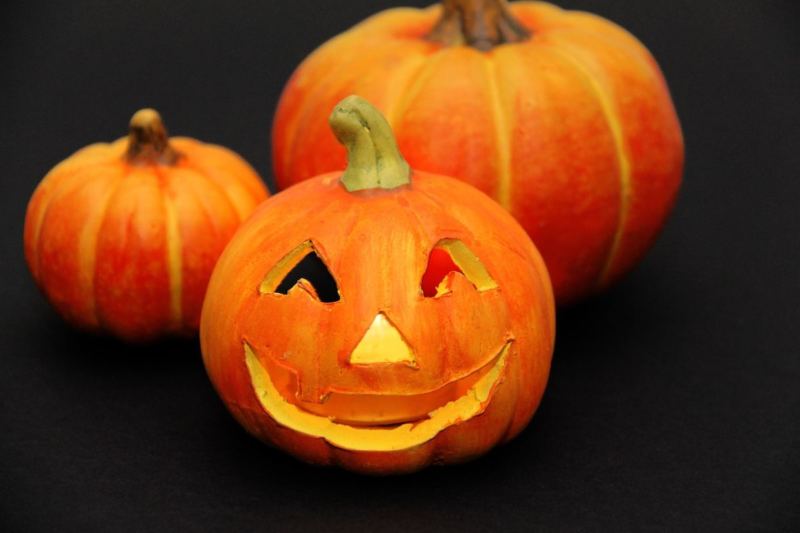 This is why we can't have anything nice. Everyone gets offended over every little thing. It's almost like they're trying to make a living off of being offended.

So what's the problem this time? It's black jack-o-lanterns because they're racist.

I mean, everyone knows these pumpkins are racist...right? Give me a break!

The controversy over the “blackface” jack-o’-lanterns all began with a report by Westchester’s News 12, which looked into some local “complaints” about a Halloween display in front a law firm in Nyack.

News 12’s reports shows that the two black pumpkins with white painted-on faces were perched on a hay bail on the front step of the firm along with a regular pumpkin.

Though jack-o’-lanterns have long come in all colors, including black, News 12 reports that the two black ones “upset some community members.”

“The reaction from some community members led the Feerick, Nugent, MacCartney Law Offices to take the pumpkins down less than 48 hours after setting them out on the porch,” the outlet reports. How many people complained is unclear.

The partners in the law firm stressed that they meant no harm in putting out the two Halloween decorations.

One of the attorneys said, “We understand that someone complained about them, and so once we got word of that, we immediately took them down.” But my question is why? I'm offended that you took them down, so will you put them back up?

I'm offended that anything that is black in the world is suddenly racist. My phones are both black, my computer is black, my car is black and that is extremely racist! I get mud all over my car and go long periods of time without cleaning it. Is that because my car is black? No! and it's ridiculous to assume something like that.

People don't buy black jack-o-lanterns because they remind them of blackface or black people or anything even close. It's a unique colored pumpkin to decorate with. People also use gold pumpkins, blue pumpkins, even white pumpkins. Next people will be complaining that white pumpkins are racist because there isn't enough diversity.