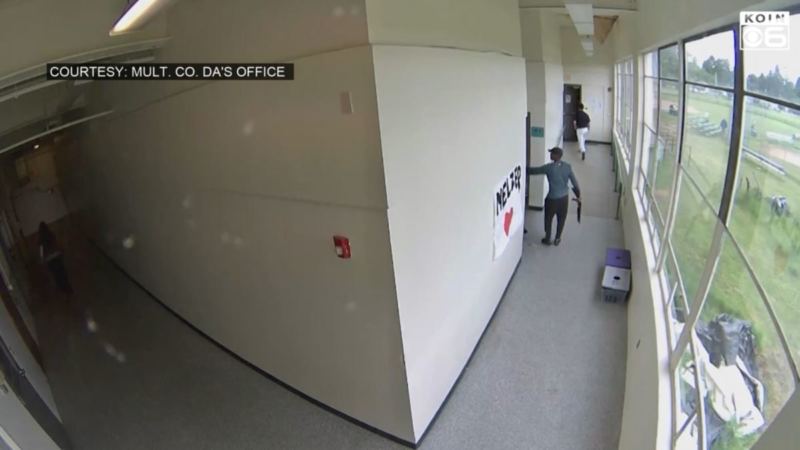 A heroic high school football coach in Portland, Oregon disarmed a student walking around his school with a loaded shotgun and then hugged the student.

Parkrose High School coach Keanon Lowe, who is also a security guard was on his way to the fine arts building on campus when he crossed paths with the gunman.

According to KOIN News,

Granados-Diaz was only steps away with the shotgun tucked under his coat.

“The door opens — I’m within arm’s length of the door, about 3 feet away from the door, and there’s a kid with a gun, a shotgun,” Lowe said. “In a fraction of a second, I analyzed everything really fast,” he said. “I saw the look in his face, look in his eyes, looked at the gun, realized it was a real gun and then my instincts just took over.”

The football coach handed the gun to another teacher then wrapped Granados-Diaz in a hug. As students ran for safety and police rushed to the scene, he remained focused on the teen in front of him.

“I felt compassion for him; a lot of times, especially when you’re young, you don’t realize what you’re doing until it’s over,” he said.

The lawyer for the boy said that the teen was drunk and impaired on the day that he brought the gun to school and was only given a 36-month probation sentence.

I remember back when I was in second grade and a friend of mine brought his bb gun to school for show and tell. Back then, no one blinked an eye. He talked about it and that was the end.