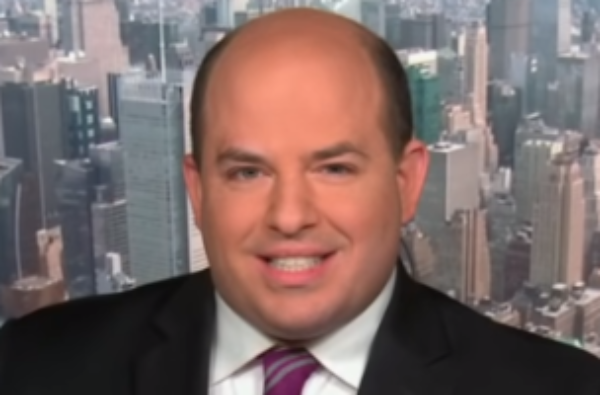 Stelter Pops Out A Doozy Defending Psaki After She Called Doocy A 'Stupid S.O.B'

Before we begin, let's all remember that CNN's Brian Stelter is still secretly drooling over Chris Cuomo's old slot, so his recent ramblings are, to me, just a desperate man pandering for a position he'll never get. That said, they shouldn't go unnoticed because this is how the nets manipulate their viewers.

Stelter recently gave White House Press Secretary Jen Psaki a pass after she call a reporter a 'stupid son of a bitch'. The excuse? He, she's leaving anyway...

Psaki responded to a question about how she feels about Fox News reporter, Peter Doocy. As a reporter, Doocy has given the Press Secretary hell but even Stelter's co-host Alisyn Camerota argued that his line of questioning was fair saying, " Peter Doocy said something to the President like, do you think that the inflation is going to hurt your chances at the midterms? That's actually a fair question. It rankled the president, but that's not a below the — that’s not a gotcha question, Brian. "

Psaki's response to that completely fair line of questioning?

“He works for a network that provides people with questions that, nothing personal to any individual including Peter Doocy, but might make anyone sound like a stupid son of a bitch.”

Jen Psaki is asked if “Peter Doocy is a stupid son of a bitch or does he just play one on tv:”

“He works for a network that provides people with questions that, nothing personal to any individual including Peter Doocy, but might make anyone sound like a stupid son of a bitch.” pic.twitter.com/2FYMPX12Rr

Stelter argued that Psaki is on her way out and just doesn't care anymore, comparing the White House employee to a high school senior:

"I think we're seeing that from Jen Psaki. She's about to leave the White house. She's going to go to a job likely at MSNBC, so she’s kind of relaxing and maybe sharing how she really feels. But, to be fair, she didn’t really criticize him directly. She was really criticizing Fox News as an organization."

Biden claimed that he would fire anyone on the spot for disrespecting others, but that hasn't been the case has it? His vice president turns out more staffers than any of her predecessors —Most of whom have reported the veep is a vicious little diva to work for.  I guess we can throw this on the 'crap Biden says but doesn't mean' pile as we all watch Psaki finish out her time at the White House.