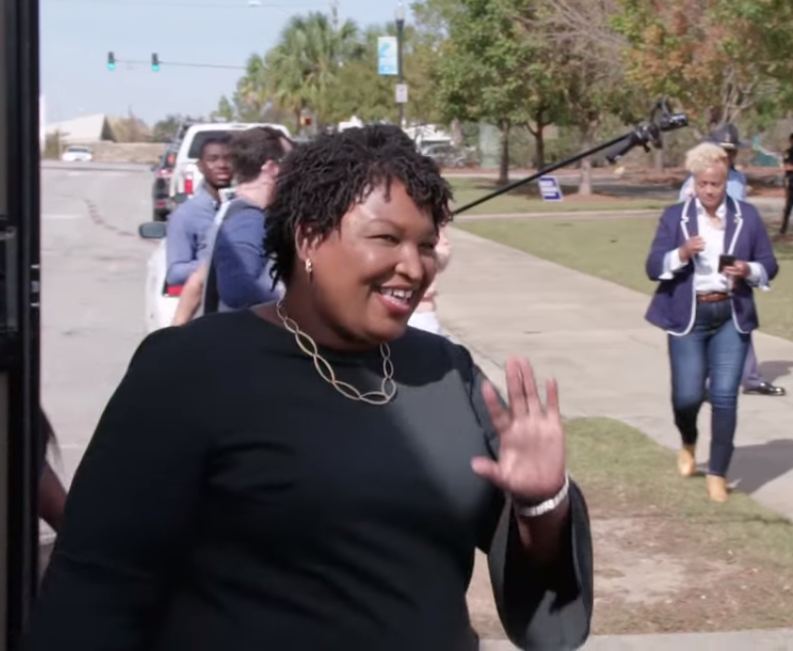 This is the story that doesn't end. Yes, it goes on and on my friend.

Stacey Abrams never has and never will acknowledge that she lost. Even if she did, she wouldn't think it's her fault. She would probably hold to a view like that of Representative Seth Moulton.

During a town hall, Moulton was asked what he would do to dismantle systemic racism if he were elected as president of the United States.

Moulton replied, "We have a problem with racism in America today," Moulton answered. "If this country wasn't racist, Stacey Abrams would be governor. Because people of color are being systemically denied the most basic right in a democracy, which is the right to vote. That's why we need a new Voting Rights Act in America."

We need a New Voting Rights Act in America. That means:

We need a New Voting Rights Act in America. That means:

Abrams' November 2018 election loss has remained a conversation months after the fact mostly because she has repeatedly claimed that she won, and that Gov. Brian Kemp only earned more votes due to voter suppression by way of purging voters, rejecting ballots with minor errors, or forcing voters to use provisional ballots.

Kemp, who was Georgia's secretary of state before becoming governor, has denied any wrongdoing. He earned 54,723 more votes than Abrams, according to the official tally.

Democrats want to blame everyone but themselves when they lose elections. Look at Hillary Clinton. Look at Stacey Abrams. They just can not live with the idea that people do not like what they believe in.

Here's a hint, if your beliefs were moral in nature, then maybe more people would vote for you. Advocating for stealing people's money and killing others in a safe environment is not a moral platform to stand on.