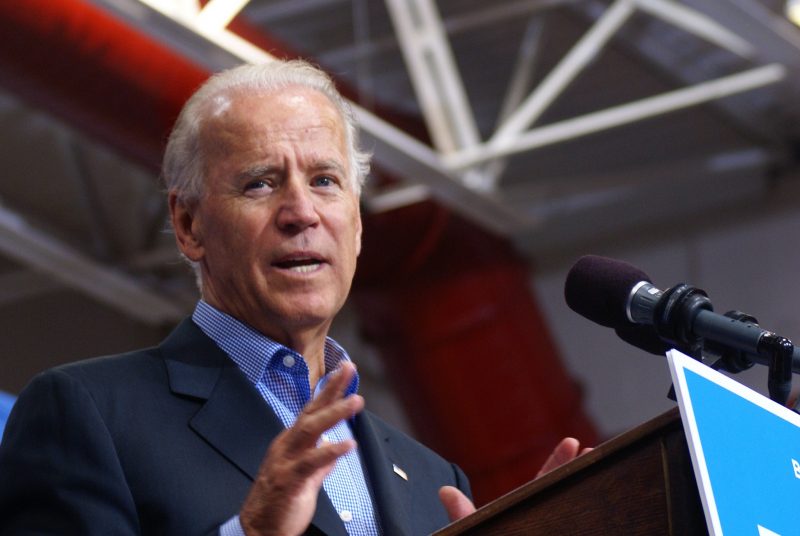 At what point will a liberal finally deem someone as a pervert?

Joe Biden has a long history of touching women inappropriately, kissing them and making them feel uncomfortable by how close he gets to them. He's even admitted to some of the things he has done. He has also apologized, but is it a genuine apology or is he just trying to appease the Dems?

Former Vice President Joe Biden joked that a woman pulled him "close" at a presidential campaign event in New Hampshire, seemingly making light of allegations that his behavior has made women uncomfortable.

"We've got a little secret going here. I want the press to know she pulled me close," Biden said after a voter reached out to speak in his ear.

Those in the room seemed to react well to Biden's joke, laughing at his response.

And people just laughed at his joke?

This goes to show you that liberals DO NOT CARE about other people, they only want to win. That's all that matters.

Shortly after seven women came forward to accuse him of creepily invading their personal space, often by rubbing their shoulders while getting his face up in their hair, Joe Biden spoke at an event hosted by the International Brotherhood of Electrical Workers (IBEW) where he mocked himself as a touchy-feely guy after a momentary embrace with IBEW President Lonnie Stephenson.

Later, when several children joined Biden on stage, the former vice president put his arm around one of the boys and said cheerfully, "By the way, he gave me permission to touch him."

Despite all of the accusations brought forth against Biden, he is still the frontrunner in the Democratic nomination. Remember, Democrats seems to be lacking in their moral faculties.