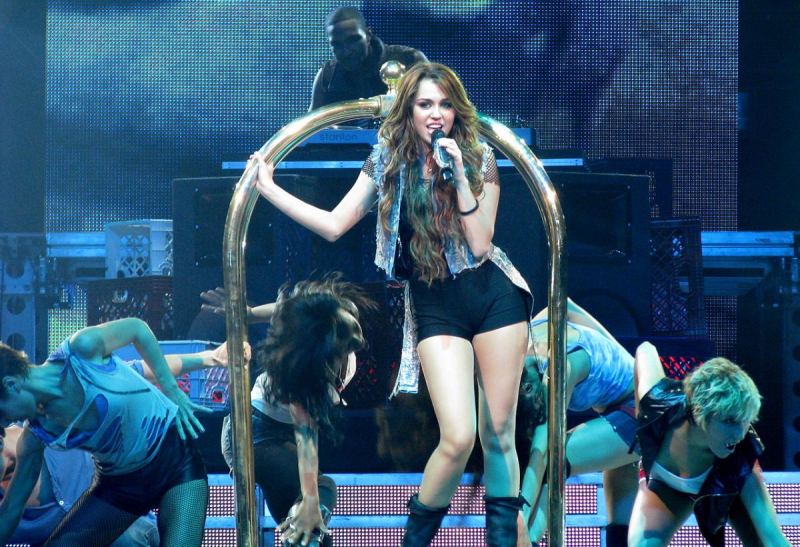 Miley Cyrus has teamed up with a popular fashion designer to promote abortion and to raise money for Planned Parenthood.

The duo created a hoodie in which they plan on donating all proceeds to the abortion provider.

The hoodie reads, "Don't F?ck With My Freedom"

This fundraiser is ironic on several fronts. Hollywood liberals such as Cyrus frequently criticize capitalism, but she has no issue selling these sweaters for a ridiculous $175. Liberals claim to fight for the 99%, but here they are selling merchandise at a price 99% of Americans can’t afford. However, the sky-high price isn’t really upsetting anybody, as 99% of Americans would never be interested in wearing such disgusting apparel in the first place.

Cyrus claims to be defending “freedom” with her campaign, but this couldn’t be further from the truth. Democrats, elected with money from Planned Parenthood and other abortion groups, are promising to repeal the Hyde Amendment, forcing all American taxpayers to directly subsidize abortion. Where’s the freedom in that?

In another photo from Cyrus' Twitter account, she is seen licking the icing off of a cake which reads "Abortion is Healthcare"

Other users didn't hold back in some of their responses to Cyrus.

PragerU replied with a link to their video on Planned Parenthood.

One user said to Cyrus,

"So selfish!" the comment read. "Killing people is healthcare? Maybe for you females but ripping hands and legs off an unborn baby isn’t really healthcare for a baby. Start being responsible for other people."

Miley actually took the time back to respond to the man with the most irrational comment that is nothing more than an ad hominem.

"Oh that's right, you only j*** off to while you play xbox live with a bunch of 14 year olds who's [sic] brains are just as developed as yours," Cyrus offered as a response, completely evading the issue raised.

Do people still actually have any respect left for poor Miley?