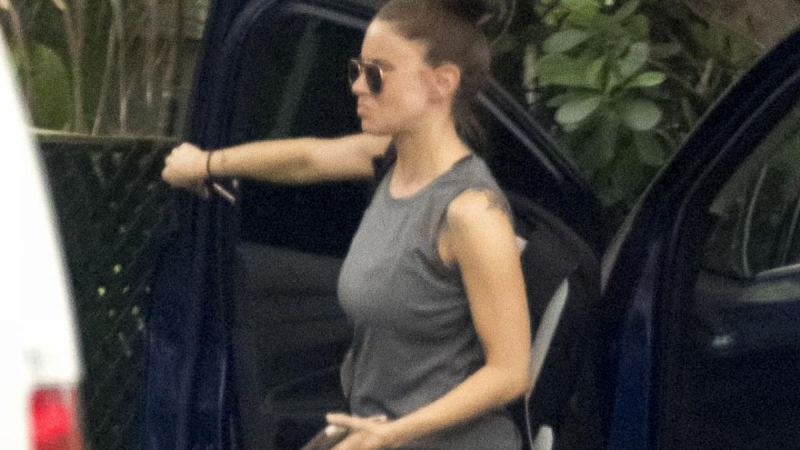 Casey Anthony Gives DISTURBING Advice To Man About His Daughter

Casey Anthony was recently seen at a bar in Florida spilling the beans about her love life.

While she was at the bar she told those around her about punching her ex-boyfriend.

“He came from behind and grabbed me, and I was so surprised I turned and punched him in the face. It felt good, I hate to say,” a source told the news outlet that Anthony said.

Anthony also told stories about an ex that stalked her after they had broken up, where she said, “ The neighbors told me he would be parked in front of my house taking pictures. Tell your daughters never date a cop. My ex was a cop, my father was a cop. They’re no good!” - Internation Business Times

She was even overheard giving out some tips to a man about his daughter dating.

“You gotta get all ‘Godfather’ on them. You got to sit them down and basically let them know that you will kill them if they hurt your daughter.”

“You should let them know if anything happens to your daughter, their mother is going to receive a body part in the mail — a finger or a piece of skin with a tattoo on it so she knows it’s her son.”

She then went on to discuss marijuana and alcohol. Much of the conversation was caught on camera after this.

You'll remember that Anthony was actually acquitted from the serious charges brought against her.

In October of 2008, Anthony was indicted on seven criminal counts, including first-degree murder of her two-year-old daughter, Caylee, whose dead remains were found two months later. “Two years later at a closely watched trial, prosecution alleged that Casey used chloroform on her daughter and suffocated her by putting duct tape over the little girl's mouth and nose. Casey's defense team presented a different theory: that Caylee accidentally drowned in the family's pool,” a CNN report recalled. “Ultimately, the jury acquitted the young mother of the most serious charges against her.”

Anthony was sentenced to four years in prison for lying to police, though she ultimately served less than two weeks behind bars post-sentencing.

This, in my opinion, was a serious lack of justice. I can remember exactly where I was when I heard the news that she was acquitted and how sick I felt.