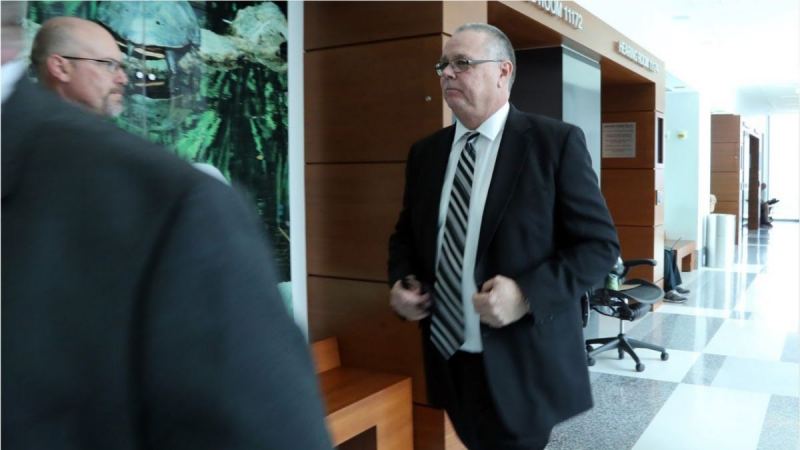 The Parkland shooting was a very terrible event. What makes it even worse is that the matter could have been handled a lot better.

Officer Scot Peterson was on the scene of the shooting and did nothing to help the kids inside. Rather, he decided to hide behind the building like a coward.

Former Marjory Stoneman Douglas High resource officer Scot Peterson, 56, was arrested Tuesday on charges relating to failure to enter the school during the mass shooting there.

He was charged in Broward County with seven counts of neglect of a child, three counts of culpable negligence and one of perjury after a 15-month investigation, according to a news release from Florida authorities.

The charges carry a combined potential prison sentence of nearly 100 years for the officer blasted by many critics as the "Coward of Broward."

The Broward County Sheriff's Department put out a statement regarding the incident:

Today, as a result of the continuing internal investigation and disciplinary process, Broward County Sheriff Gregory Tony officially announced the termination of two deputies who were found to have neglected their duties.  The two are former Deputy Scot Peterson and Sergeant Brian Miller.  The deputy and sergeant were found to have neglected their duties at MSD High School.  They have been terminated and will no longer be privileged to serve as law enforcement deputies for the Broward Sheriff’s Office.

Subsequent to an administrative discipline hearing at BSO headquarters this afternoon, former Deputy Peterson was taken into custody on multiple felony and misdemeanor charges and booked into the BSO Main Jail.

“We cannot fulfill our commitment to always protect the security and safety of our Broward County community without doing a thorough assessment of what went wrong that day,” Sheriff Tony said.  “I am committed to addressing deficiencies and improving the Broward Sheriff’s Office.”

Sheriff Tony concluded, “The Broward Sheriff’s Office and our first responders are now better prepared and trained to respond to an active shooter crisis.  We have enhanced our active shooter response protocol, increased our training staff, introduced essential equipment, established training partnerships with federal organizations and are building a regional training center.”

Finally, some justice may get served for this man's actions or lack thereof.