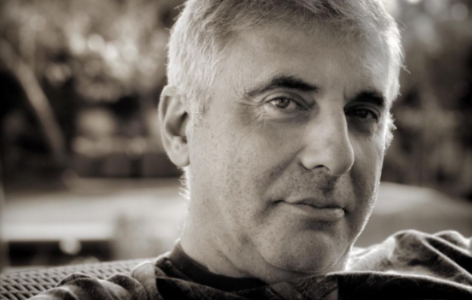 A Russian oligarch who fled to Israel after being targeted by Russian President Vladimir Putin made an announcement on Facebook that he has renounced his Russian citizenship. Leon Nevzlin says it was a 'stamp of shame' that he no longer wants to wear. To add insult, Nevzlin offered to become a citizen of Ukraine instead.

You know that has to piss Putin off.

All these years, like many, I've been compromising keeping this passport. I was one of the first to be hit by Putin. He threw my friends in jails, and killed some of them. Stole a business, deprived a home in Moscow. I spent almost 20 years outside Russia, but it is exactly what allowed me to see the process of rotting and decomposing in it better than the rest inside.
All these 20 years, I fought with a gang of Putin's allies with all my strength in legitimate and public spaces. I tried for a long time not to associate bandits in power with all the Russians, but it was impossible not to see how year after year this country, yes, it was THIS, degraded following the "leader".
Everything Putin touched was dead. I remember a time when the phrase "Russian world" was not associated with the joint efforts of the Chekists and the RPC to create an agent of influence in the diaspora. When the concept of "Russian media" was not an accurate synonym for lies, and "Russian gas" was not an element of international blackmail. But now everything, where there is a "Russian" console, deservesly provokes hatred and rejection in any normal person anywhere in the world. Russian citizenship has already become a stamp of shame on itself, which I no longer want to wear on myself. Enough is enough.
I am against the war. I am against the occupation. I am against the genocide of the Ukrainian people. I am a citizen of Israel, and if I think about a second citizenship, I would be proud to have a Ukrainian passport.
I can't afford to be a citizen of a country that kills children of other countries and tortures their children who don't agree with it.
I do not want to be an accomplice of a criminal regime and an accomplice in a crime against humanity at least simply possessing the status of a citizen of this state. Which has forever compromised itself as a follower of the fascist regime.
The Soviet Union considered its citizenship a privilege. And deprived him of his departed disagreements. When communism ended, many of them asked themselves for Russian. I saw the joy and hope of these people in the 90s. Thank goodness some of them didn't make it to this day. The day when the Motherland, whose fresh passports they kissed, became a fascist state
Yes, my cultural roots, Russian language, will remain the most important part of my self-identification. Perhaps the time will come when I want to become a citizen of Russia again.
Leonid Nevzlin"
Previous Post
Next Post