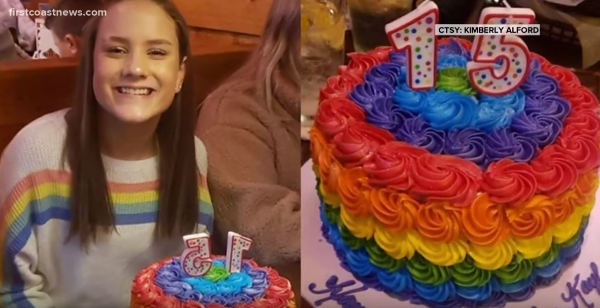 It looks like Rainbow Cake Girl, Kayla Kenney, is back in the news again as her family is trying to stand behind her disregard for school rules. The Kenney/Alford family has lawyered up and is claiming the school discriminated against their daughter, apparently forgetting that the school had given Kayla numerous chances to shape up and start abiding by the rules. Or maybe they are hoping that MSM's failure to report the whole truth will gain them a quick settlement...

"The suit, filed Thursday, contends that Louisville's Whitefield Academy expelled the teen, who is referred to as "K.K." in court documents, due to her perceived sexuality.

“Essentially, the school expelled K.K. because they believed that K.K. was gay. As such, in Whitefield’s view, it would be difficult to “achieve the goal of [K.K.] becoming Christ-like," the suit states. "In so doing, Whitefield invaded K.K.’s privacy, defamed K.K., breached its contract with K.K.’s parents Kimberly Alford and Mike Kenney, and inflicted serious emotional distress on K.K. Certainly, in 2020 it is unbelievable that conversations like this one are still occurring — and that lawsuits like this one are still necessary."

The family's final letter from the school even points out that this is not simply over a rainbow cake or even being gay. It was the fact that she repeated broke school rules and refused to abide by them.

"A Jan. 6 letter to the teen's family signed by school head, Bruce Jacobson, said the rainbow-filled birthday photo "demonstrates a posture of morality and cultural acceptance contrary to that of Whitefield Academy’s beliefs.”

“We made it clear that any further promotion, celebration, or any other actions and attitudes that are counter to Whitefield’s philosophy would not be tolerated. As a result, we regret to inform you that Kayla is being dismissed from the school immediately.”

The lawyer is claiming this is an invasion of privacy and sexual discrimination. Kayla's Social Media Profile was public, there's no invasion there. Kayla and her family knew that homosexuality was frowned upon at the Christian School, the school even warned them.

"All parents who enroll their children in our private school know upfront that we ask the students to adhere to a lifestyle informed by our Christian beliefs."

But I guess it's the school's fault for not being inclusive enough and punishing a student who repeatedly broke the rules. 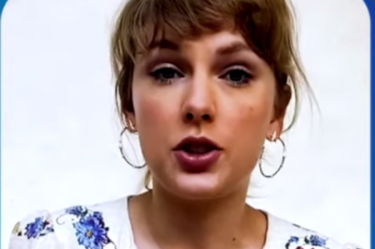 Pop Star Gets Triggered Over The U.S. Census Not Being LGBTQ Friendly