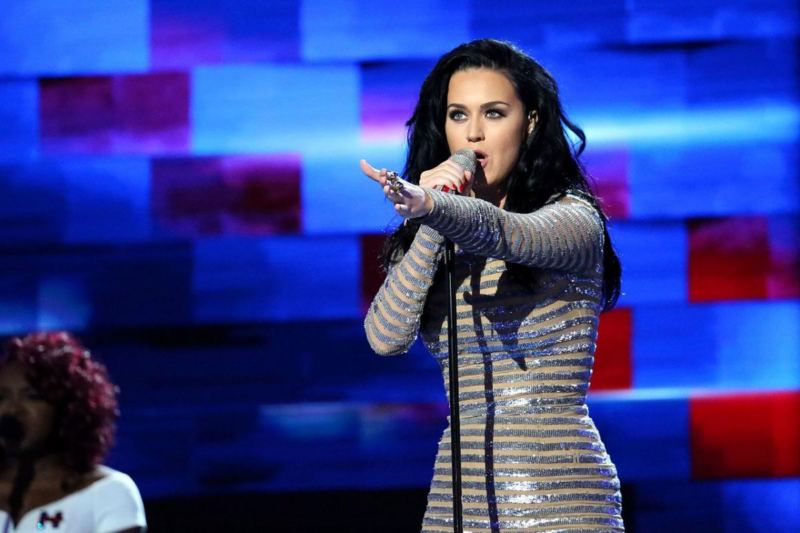 It looks like it's not just men who are getting accused anymore in the #MeToo movement, now it looks like women are finally starting to get theirs as well.

In less than one week, Katy Perry has been accused of two incidents of inappropriate sexual abuse and misconduct.

Russian TV presenter Tina Kandelaki alleged in the Russian newspaper Rossiyskaya Gazeta earlier this week that an intoxicated Perry tried to kiss her at a party without her consent.

“Once I was invited to a private party with Katy Perry, where she, being pretty tipsy, chose me as an object for the manifestation of her passion,” said Kandelaki, 43, according to StarHit. “I managed to fight back, strength training was not in vain, and Katy instantly found a new victim for kisses, hugs and dirty dances.”

She continued, “As far as I can tell, there were no casualties at the party, but I won’t be surprised at the stream of memories of unhappy fans who for years carried this inside themselves, and now they suddenly remembered the scolded dignity.”

The first incident of Perry's sexual abuse came from Instagram in a post from Josh Kloss, a 38-year-old male model who worked with Perry on the video for her 2010 hit "Teenage Dream,", he accused Perry of exposing his privates at a party.

"So I saw Katy a couple times after her break up with Russel. This one time I brought a friend who was dying to meet her. It was Johny Wujek’s birthday party at moonlight roller way. And when I saw her, we hugged and she was still my crush. But as I turned to introduce my friend, she pulled my Adidas sweats and underwear out as far as she could to show a couple of her guy friends and the crowd around us, my penis.
Can you imagine how pathetic and embarrassed i felt?

I just say this now because our culture is set on proving men of power are perverse.
But females with power are just as disgusting."