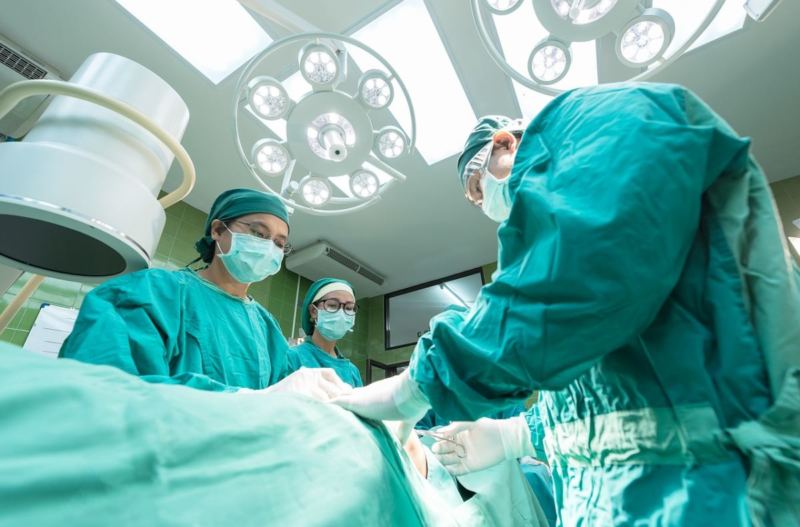 Woman Has To Undergo Emergency Surgery After Sexcapade With Man, Here's What Happened

Most people have some wild stories about things that have happened in their life.

Some people even have crazy sex stories as well. What happened to a young woman recently is one for the record books.

According to Daily Mail,

A student-teacher was forced to undergo surgery to remove a seven-inch pink sex toy after it became lodged in her bottom.

Mother-of-one Emma Phillips, 24, was feeling amorous with partner Lee Miller, 29, during the early hours of Saturday morning when the toy 'disappeared'.

She thought her boyfriend had hidden it, but after pressing down on her stomach, she realized it was inside her when she felt it 'buzzing'.

Here's how she describes the sexcapade:

“We were looking around the bed in case it had fallen out. When I leaned on my stomach I could feel it vibrating – it was stuck low down and at one point was even wedged behind my hip.”

“For a while, Lee was suggesting all kinds of wonderful options. He tried a kitchen fork handle, which we won’t be using again, and said he could feel it at one point but that it was too far up — it was a goner. He tried BBQ prongs too but after a certain point — after an hour of trying — we knew were going to have to go to the hospital. We were both a bit shocked."

Phillips even took to Facebook to share her embarrassing story. “When a bit of Saturday morning playtime results in spending the day in Wrexham hospital having a nice pink [adult toy] surgically removed from your bowel areas…. whilst it’s still vibrating. If you can’t on a Saturday when can ya?”

The toy was so deep that she actually had to be put under sedation for the doctors to get inside and remove it. The doctors actually told her that this is something they see often.