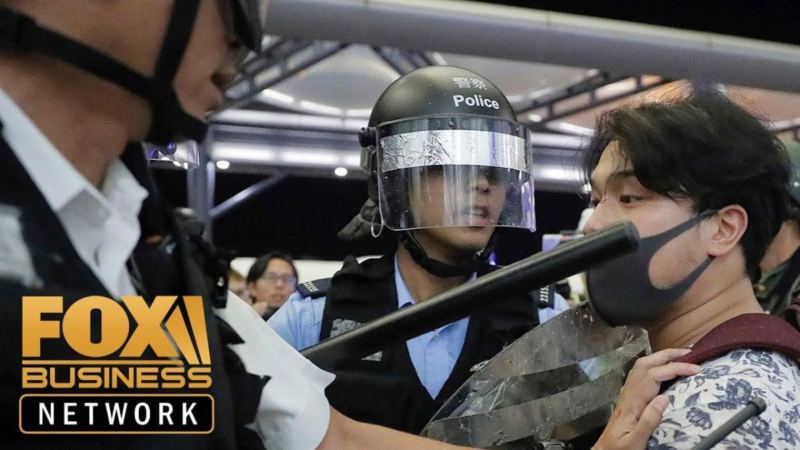 One issue that is slipping through the cracks in the news recently is the fight for freedom in Hong Kong right now.

This is a massive deal and it's a fight for freedom and a fight against tyranny against China.

The people of Hong Kong are demanding 5 things:

So what happened exactly, what led to this mess?

The entire predicament in Hong Kong started for the sole reason of Great Britain being the world’s largest drug dealer.

- Starting in the 17th century, people wanted to trade with China but the Chinese government would not allow it. Eventually, China agreed to trade with others and set up a small 12-acre trading port named Canton off the coast of China near modern-day Hong Kong.

- Now, forward a couple of hundred years to the 1830s to when Britain wanted Chinese tea from the country. Well, Britain didn't have anything that China wanted so there was no deal for trade there.

- Ultimately an agreement was made that Britain would pay in silver and that's when the Chinese started to stockpile tons and tons of silver.

- Britain later decides that they don't like giving away all their silver finally finds something that the Chinese do want...opium (from India).

- Even though Opium is illegal in China, the government looks the other way. Britain then ends up trading so much of their opium to China in an essential buy from of silver, that they actually get all of their silver back and then some.

- China is now being filled with drug addicts who are hooked on opium and the emperor isn’t too happy about it. So China seizes all the opium on the ships in Canton port and dumps it all in the Zhujiang River.

- Well, that doesn't sit well with Britain so they send ships over to force China to pay for the wasted opium. China refuses and that led to the Opium War in 1840.

- By 1842, Britain had won a treaty wherein they were able to get back the money for all of the opium that was dumped into the river, open ports to British trade, and secured them a base of operations off the coast of China on a tiny island known as Hong Kong where few farmers and fisherman lived.

- Jump forward to 1898 when Britain makes China give them part of the China mainland adjacent from Hong Kong too. They agree to give that part of Hong Kong back to China in 99 years (1997).

- In mainland China, civil war, unrest, poverty, and opportunity drive multitudes of Chinese to Hong Kong where there is now open trade, wealth, and relative freedom under British common law.

- In 1997, Britain gives Hong Kong back to China as agreed, including Hong Kong island under the condition that China would allow the same basic system of law and freedoms (capitalism, the court system, freedom speech, freedom of the press, etc) to continue in Hong Kong for 50 years. Hong Kong would essentially have it’s own “special deal”.

- This was agreed to but ever since then, China has been exerting more and more control in Hong Kong and interfering in various ways which most of the people of Hong Kong don’t appreciate including the election process for electing governors of Hong Kong and kidnappings of dissidents.

- Then recently, the government official in charge of Hong Kong announced a coming policy of extradition where people could be extradited to China to face Chinese Courts. That didn’t sit well in Hong Kong because the people don’t trust Chinese courts. This is what led to protesters fighting to retain the previous status quo. This is now what we're seeing in the news.

Now they're trying to buy them off.

All of this arose because of Britain dealing opium to China.

* Credit to Jordan Wilson for the notetaking