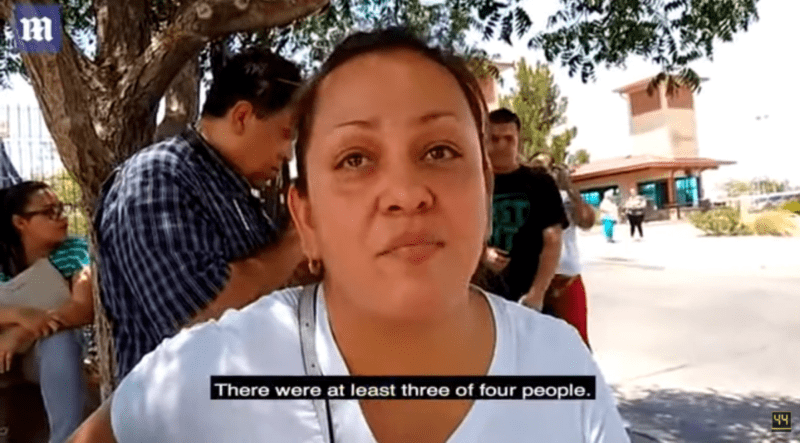 This time is no different.

Multiple people are reporting that they saw at least 3 shooters inside the Walmart while the media is telling everyone that there was only one shooter.

Here is the transcript from the following video:

Woman: "As we were waiting to pay I saw some men run in, shooting."

Reporter: Was there more than one person? WAs it various people?

Woman: "There were at least three or four people."

Reporter: "And how were they dressed?"

Woman: "They were dressed in black."

Reporter: "Ok, so you saw more than one person dressed in black, shooting inside the Walmart?"

Woman: "I didn't see their faces. I saw them all dressed in black...and they were the ones shooting because I could see their weapons and the bullets firing."

In this second video, Britney who was inside the store with her brother and mother when the shooting happened describes multiple shooters as well.

Reporter: "You were inside the Walmart, can you describe to me what happened?"

Britney: "So we were on the (???) and we just thought it was something hitting the floor and the wall and that's when my mom's like 'No, it is actually shooting.' and she saw three men running in and they were all dressed in black and that's when my mom said drop down to the floor and after that, I just grabbed my mom and my little brother by the hand and I just took them outside through the back."

Reporter: "Did you guys see anyone shot? wounded?"

Reporter: "Were they holding guns?"

Britney: "They were holding guns."

Reporter: "So she saw them actually shooting the guns?"

Reporter: "How are you feeling right now?"

Reporter: "But your family's all safe."

Britney: "Yeah, my family's all safe."

So there are multiple witnesses who saw at least three men inside the store dressed in all black shooting guns.

"Earlier in the day, officials said they had received reports of multiple shooters at multiple locations at the busy shopping complex near the Cielo Vista Mall."

As well as the El Paso Police Department themselves which tweeted,

"Scene is still Active. We have multi reports of multiple shooters. Please avoid area police conducting search of a very large area. Media staging will be given when area is secure."

But that's not the narrative we're being fed by the mainstream media. We deserve to know what's really going on here.