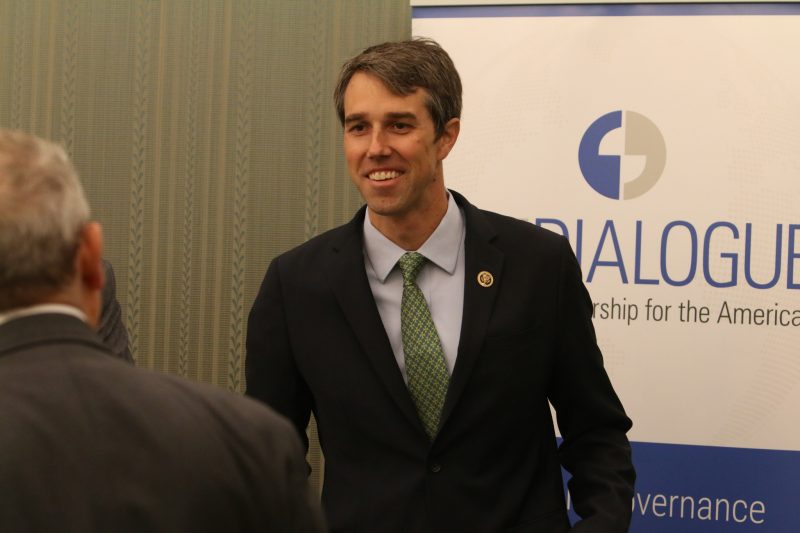 He could have used the time just to mourne with those who are mourning at that moment, but instead, he's trying to use the horrendous incident to his advantage.

“Just a real he reminder of what is most important at the end of the day for all of us. And just that any illusion that we have that progress is inevitable, or that the change that we need is going to come of its own accord, shattered in moments like these.

“And that is upon every single one of us. There is no luxury in this democracy of sitting this one out. Whether it is gun violence, whether it is many of the issues that we discussed today about economic inclusion and the right to organize, whether it is the ability to see a health care provider, whether it is confronting the fact that we have kids in cages on the U.S.-Mexico border.

“This is not the decision of one person no matter how much power he may have. It is on every single one of us to make this right,” he said.

A gunman killed multiple people at a Walmart in El Paso, Texas on Saturday before being arrested after the latest U.S. mass shooting sent panicked shoppers fleeing.

Many of those caught up in the rampage were buying back-to-school supplies. El Paso police Sergeant Robert Gomez told reporters authorities had ruled out multiple shooters, and he said initial reports were that the gunman used a rifle.

“This is just a tragedy that I’m having a hard time getting my arms around,” El Paso Mayor Dee Margo told CNN.

Citing a law enforcement source, El Paso television station KTSM published on its website what it said were two photos of the suspect taken by security cameras as he entered the Walmart.

⚠️Video from inside JCPENNY in Cielo Vista Mall as it was being evacuated, due to an active shooter in the area.
Video: Victoria Balderrama pic.twitter.com/7v67DL4mPG