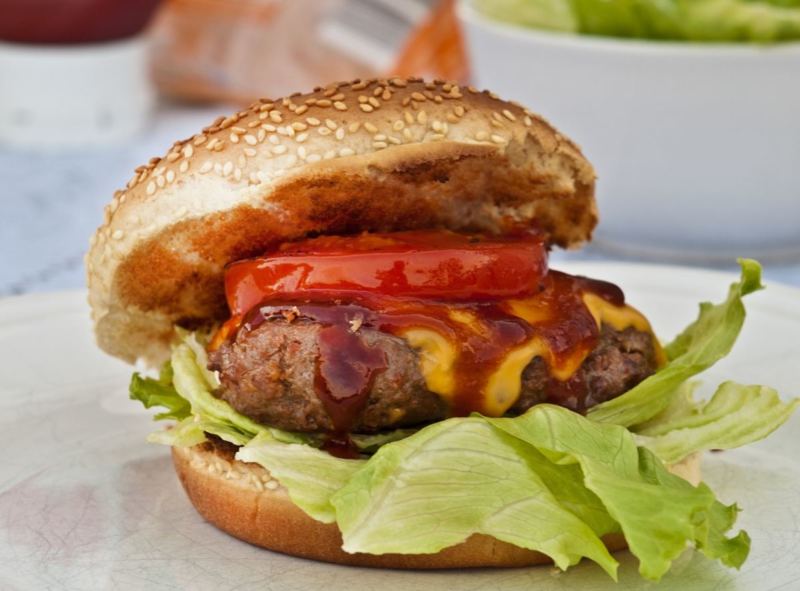 Washington Post, In Desperation, Goes After An American Staple To Go After Trump

Just when you think the Trump Derangement Syndrome can't get any worse in people...it does.

Now the Washington Post is attacking hamburgers for a having a “Russian connection” for the mere fact that Donald Trump likes to eat hamburgers on occasion.

These people really have a major mental problem.

There's a reason that President Trump chose to serve hamburgers — twice — as an all-American feast for some all-American championship college football players.

But peel back the oil-spattered pages of history, and you’ll find that the sandwich so closely aligned with the stars and stripes was once also embraced by the hammer and sickle. (Yep, like so much about this current administration, even Trump’s beloved hamburgers have surprising ties to Russia.)

In the 1930s, when McDonald’s was just a greasy twinkle in Ray Kroc’s eye — he didn’t open his first McDonald’s until 1955 — the Soviet Union was a couple of decades out from its revolution and in the midst of industrialization and urbanization on a staggering scale.

Tens of millions left the countryside for the cities, as feudal farmers transformed into urban Soviet workers. And these workers needed to be fed.

In the centralized Soviet system, this task fell to the ministry of food — which was struggling. “The ideal was to make everything centralized, everything standardized,” explains University of Helsinki sociologist Jukka Gronow. “They had menus that were centrally planned, down to the very small details — so many grams of potatoes.” At canteens, factory workers were fed meals that, on paper, sounded tasty.

“They all had these three-course meals: zakuski [appetizer], soup, main dish. And even a dessert,” Gronow says. “A French style of dining.” But we’re not talking souffles and cheese courses.

The soup might be little more than cabbage, the main dish perhaps macaroni. “Workers were complaining about the bad quality,” says Gronow. “So many weekdays without meat.”

The article continues to elaborate more about how the burgers have their "hidden Russian connection".

The truth is the only thing that's tied to Russia is Hillary Clinton and all her cronies who conspired to take down President Trump.