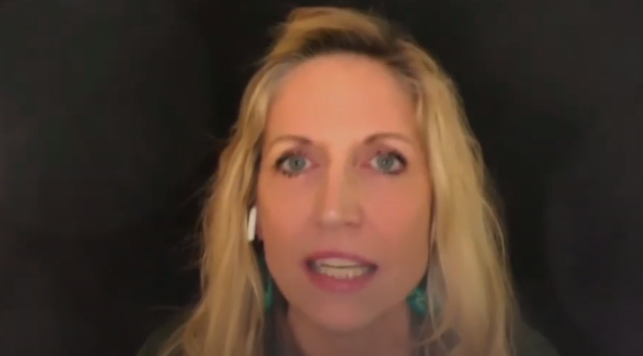 The left continues to lose their connection with humanity as that's the only way I can explain how a group of adults would dare to laugh at the death of an innocent baby.  Laurie Kilmartin told a panel on “Ayman Mohyeldin Reports” that she wanted to make 'sweet love' and 'Joyfully' abort their baby.

“Do you agree that this is going against the undemocratic will, but this is the only way Republicans can achieve this?” he asked Kilmartin, a comedian and staff writer on Conan O’Brien’s show, Conan.

“Here’s my feeling about the leaker, I would like to find out who the leaker is so I can make sweet love to that person, because that person is a hero to me,” said Kilmartin, a standup comedian and writer for “Conan."

“If the leaker is a Republican and if I get pregnant during our lovemaking, I will joyfully abort our fetus and let them know. I don’t know if that answered your question," she added.

Later in the segment, she argued that when Roe gets kicked that the elderly members of Congress should go on a hunger strike:

“Well, this is controversial, but I think that every Democratic member of Congress who’s over the age of 87 should go on a hunger strike for abortion rights, because let’s face it, they don’t have much longer anyway. You might as well go out a hero in a blaze of glory. Be the Bobby Sands of abortion,” Kilmartin said in reference to the member of the Irish Republican Army who died after going on a hunger strike when imprisoned.

“You know I am a comedian. I know we have like two very serious answers and I’m just giving a joke, and everybody’s like, that’s a terrible policy. It is, guys. You don’t have to take me seriously,” Kilmartin added.

MSNBC guest says she wants to make sweet love to the SCOTUS leaker, then “joyfully abort the baby." pic.twitter.com/NNSU7B6ahD

I can't be the only person who found her 'joke' just heartless and evil. What do you think? Let me know in the comments below.