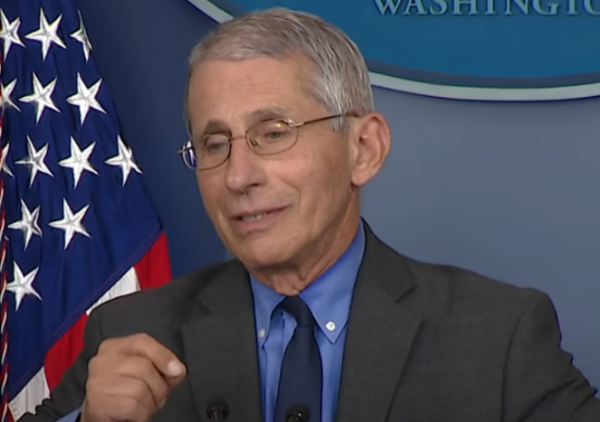 National Institute of Allergy and Infectious Diseases Director Anthony Fauci has come under public attack over torment funded by his agency. This is President Joe Biden’s chance at change—it’s never been clearer that Fauci’s next boss must be pro–modern science and anti-animal testing. New reports allege that Fauci’s National Institutes of Health (NIH) division greenlit tests in which experimenters drugged beagle puppies and locked their heads in cages filled with hungry, infected sandflies. The drug tests were apparently executed even though the Food and Drug Administration doesn’t require new drugs to be tested on dogs, According to PETA.

And where does NIH get it's money used to dish out these sick experiments? Taxpayers.

NIH's animal experiments have become a Congress flashpoint after it emerged that the government spent $2.5 million injecting beagle puppies with cocaine, sparking a bipartisan investigation, which the Free Beacon first reported. The NIH also funds labs in Russia, even as it invades Ukraine, including one lab that conducted "horrific and barbaric experiments on 18 cats." The disclosure of the latest funding tranche is likely to build momentum for legislation called the Preventing Animal Abuse and Waste Act that would bar NIAID from conducting these types of dog experiments.

"Fauci's white coats at NIAID have forced taxpayers to pay millions to de-bark and poison puppies, infest beagles with ticks and flies, and, now, needlessly torture puppies to test a new drug to treat a runny nose," Devin Murphy, White Coat Waste Project's public policy and communications manager, told the Free Beacon. "Even NIAID's own contractor acknowledges that the dog testing demanded by Fauci's agency is unnecessary because alternative animal models are available."

The latest animal experiment grant, which began on September 1, 2021, and is slated to end in August 2023. The report went on to explain that Fauci's NIAID tried to get puppies from a redacted supplier but was told they were all out of stock. The report indicated that Faci's sick group was told they could have "six-month-old" puppies instead but it's unclear if the institute of torture took them up on that offer.

The White Coat Waste project launched the PAWW Act to help bring down the Fauci-funded inhumane treatment of man's best friend. In a statement on their site they wrote, "taxpayers shouldn’t be forced to pay over $20 billion every year for wasteful and cruel experiments on dogs, cats, monkeys and other animals."

PETA has launched similar attacks on Fauci's organization prior to the pandemic and continues to fight the fight alongside smaller animal lover groups.