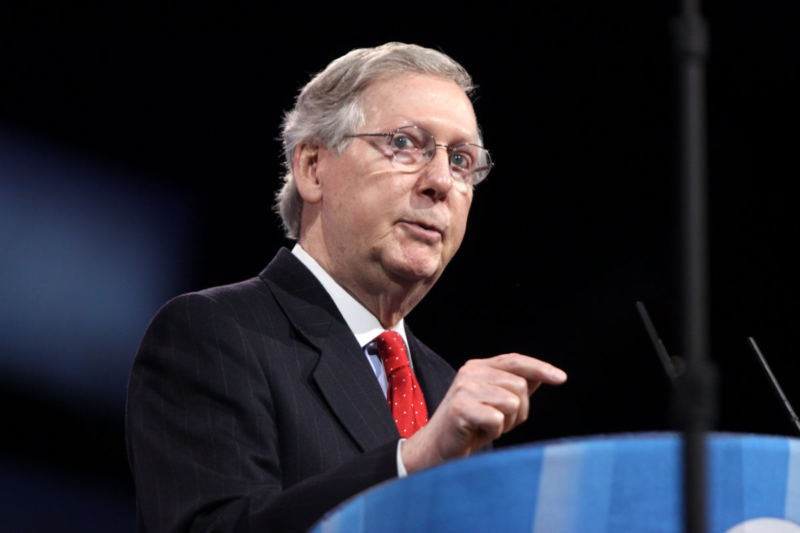 Mitch McConnell Predicts This Will Happen After President is Impeached

As we get closer and closer to the impeachment case being moved to the Senate, the excitement is actually increasing, and I think that goes for both Democrats and Republicans alike.

Senate Majority Leader Mitch McConnell told Sean Hannity that there is "zero chance" that the President will be removed from office. Zero. None. But we all knew that already.

"The case is so darn weak coming over from the House. We all know how it's going to end," McConnell said on "Hannity" "There is no chance the president is going to be removed from office."

McConnell also said he hoped that none of the members of his caucus would vote to remove the president from office, adding "it wouldn't surprise me if we got one or two Democrats" to vote to acquit Trump of the charges of high crimes and misdemeanors.

He explained that the articles of impeachment would be different from ordinary legislation that makes its way from the Senate to the House, in that: "We have no choice but to take it up. But we'll be working through this process hopefully in a fairly short period of time, in total coordination with the White House counsel's office and the people who are representing the president, in the way all of the Senate."

McConnell also went on to say that he hopes that this will be a rather quick process rather than a longer one. That would mean not calling on witnesses such as Adam Schiff, Joe Biden, and Hunter Biden which I believe all three would decline anyway.