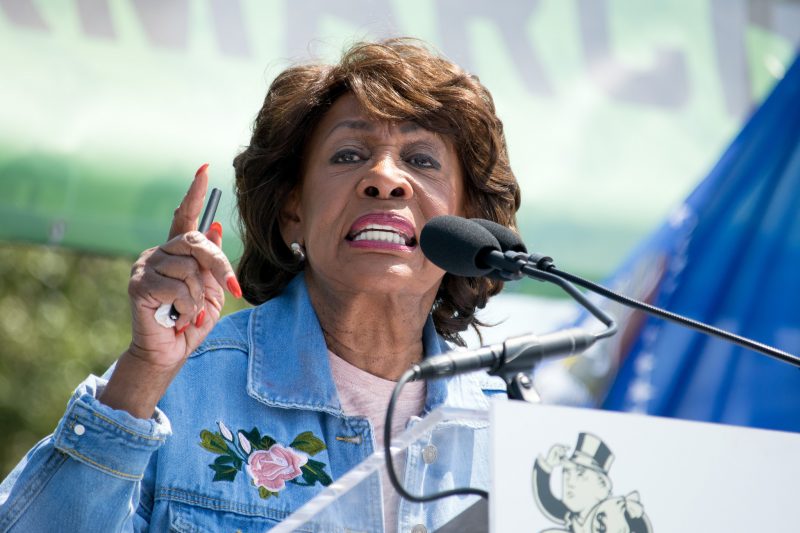 Most Americans are in favor of a border wall and acknowledge that there is a crisis in need of a National Emergency at the Mexico and U.S. border.

That didn't stop Maxine from speaking so harshly about President Trump supporters.

You can watch part of the speech below:

Again here is another ignorant Democrat who refuses to acknowledge the real emergency happening at our border now. Even former President Obama's border patrol chief Mark Morgan sided with President Trump in saying that the President is not making this up.

Morgan replied when asked about whether or not President Trump made up the scenario,

He went on to say that this is all about identity politics,

Again, what it means to me is this is absolutely driven on identity politics. The experts have spoken both on ICE, both on United States border patrol and CBP and they have told Congress what they need to protect our borders for the security and safety of this country, Brian, and they have not just ignored it, they have discounted everything that they have said. Unfortunately, to me, I have only drawn one conclusion. It’s based on identity politics.”

The House Judiciary Committee has already announced its investigation into the declaration to determine how constitutional it is. Since when do they care about the Constitution? Also, 15 states have entered into a lawsuit against the Trump administration over the order.