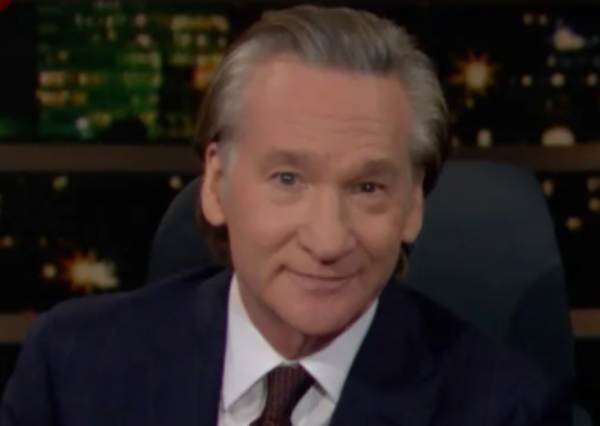 "Real Time" host is just racking up enemies on the left. During a recent show, he slammed the 'trendy' trans movement in an epic rant. He began by noting the polls show the number of Americans identifying as LGBTQ has doubled with each passing generation, joking that 'if we follow this trajectory, we will all be gay in 2054.'

Maher then asked if people are allowed to see those increases and ask: 'What's up with that?'

'It wasn't that long ago that when adults asked children what they wanted to be when they grew up, 'They meant what profession,' Maher said.

He then pivoted to suggest that the number of LGBTQ Americans had risen so sharply, a recent ACLU finding claimed abortion rights bans would affect LGBTQ people more than cisgender women giving birth.

'Someone needs to say it - not everything's about you. It's okay to ask questions about something very new,' Maher said.

He then turned to puberty blockers, which are given to transgender youth, which Maher called 'literally experimenting on children' and suggested that the long-term effects haven't been studied enough, showing studies that said it caused lack of bone density and infertility.

Maher also cracked about the upcoming Pride parade in New York City not including gay men, but only trans people and lesbians.

'That's where we are now - gay men are not hip enough for a Gay Pride parade. Gay is practically cis, and cis is practically Mormon,' he said, showing a photo of Senator Mitt Romney.

Maher then suggested the number of people identifying as LGBTQ is 'trendy' because teenagers like to challenge 'the squares who brought you up' and wondered why he saw so many transgender children in his home of California but not in Youngstown, Ohio or the rest of the country.

He said that granting children's request for puberty blockers and genital surgery makes them part of a culture war they shouldn't be a part of.

'Never forget childen are impressionable and very, very stupid,' Maher said. 'A boy who thinks he's a girl maybe is just gay - or whatever [the television character] 'Frasier' was

'And maybe, if life makes you sad, there are other solutions than hand me the d**k saw,' he added.

Maher wrapped it up by saying that while gender is fluid, that 'kids are fluid about everything' and want to be different things when they grow up from one day to the next.

Maher, 66, who often draws the ire of both conservatives and liberals on his long-running show, largely went after the transgender part of that acronym in his editorial

'I wanted to be a pirate. Thank God no one scheduled me for eye removal and peg leg surgery,' he finished.

Just as political WatchDog owner Tom Fitton posted out in his tweet above, this is a risky move for Maher. He skirts this moderate line while maintaining that he is a loony liberal like the rest of them. The left defiantly disagrees and felt triggered by Mahers levelheaded logic:

"Live in CA. No religion in our home. Youngest daughter plays baseball with boys. Oldest plays girls softball. Both on social media. Have transgender friends. Both are into boys & love being girls. Either my grooming skills suck or they secretly live in Ohio", Reno 911 actor, Carlos Alazraqui wrote.

He was followed by a flurry of angry libs mostly angry at Christians for some reason? Maher is a highly public atheist so I'm not sure what that was about but you can see it for yourself: here.

Either way, I'm pretty sure the libs are going to vote Maher off the island. In which case, the other side has plenty of room for varying views.