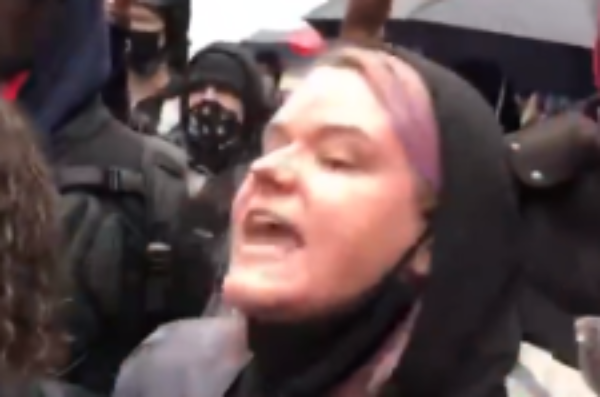 Is CBS Really Calling For Libs To Riot In Georgia? [Video]

Remember last summer's riots? Well, some members of the mainstream media seem to be calling liberals into action over voter regulation laws in Georgia. A few are subtle about their desire to sew discord, like CBS host Gayle King who simply called for a boycott of the state. While others directly tied their rhetoric to the death of George Floyd and the riots themselves.

In an attempt to spin voting regulations into anything other than the truth, the left-wing media has linked the need for voter security to race.

“Corporate America should publicly oppose any discriminatory legislation, and all measures designed to limit Americans' ability to vote.”

But they do not call for an outright boycott of the state. Two of those executives join us now to discuss. Ursula Burns is a former CEO of Xerox, and Ken Chenault with American Express. Good morning to you both. There are a lot of heavy hitters on this list including the two of you, including the two of you. I know nobody will not take the calls from either of you. So I want to know, Ken, if you could start us off, how did this come about? Did you meet to discuss? What upset you, and what do you want corporate America to do? First, how did this come about?"

Other hosts, like Adriana Diaz, were a little more directed, pointing directly to the violent riots themselves:

"You know, this summer when there were protests after the death of George Floyd, so many companies came out of the woodwork making statements denouncing injustice, pulling out ads, commercials. In your view, is this your way of urging these companies to not just talk the talk but also walk the walk?"

On Monday, NBC’s Today hyped possible boycott with co-host Hoda Kotb touting, “Boycotting everything from Coca-Cola to the Masters?” She added, “Inside the growing calls for an economic boycott of the state’s businesses and events, including the Masters and baseball’s All-Star game, coming up after this, according to NewsBusters.

A company called Property Claim Services (PCS) has tracked insurance claims related to civil disorder since 1950. It classifies anything over $25 million in insured losses as a "catastrophe," and reports that the unrest this year (from May 26 to June 8) will cost the insurance industry far more than any prior one.

That number could be as much as $2 billion and possibly more, according to the Insurance Information Institute (or Triple-I), which compiles information from PCS as well as other firms that report such statistics, according to Axios.