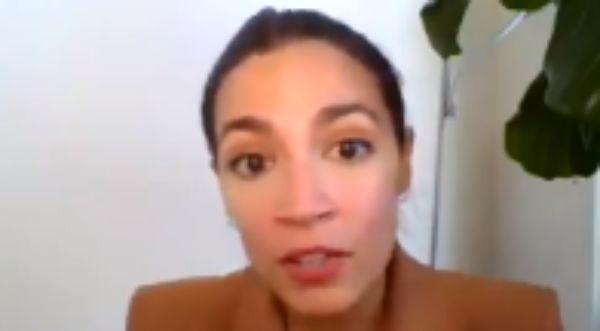 This is just special. Crime has been spiking anywhere that a Dem Leader caved to BLM and defunded the police.  So the obvious move here is refund the police. But I guess that would make far too much sense and some Dems are doubling down with their anti-police stances. AOC is of course, against the blue and doesn't want to refund the police. She claims the statistics are wrong and people are just being hysterical. Maybe they would feel better if they knew their police were funded and able to help them in case of an emergency...

“The F.B.I. does not release full statistics until September, but homicide rates in large cities were up more than 30 percent on average last year, and up another 24 percent for the beginning of this year,” The New York Times reported, later adding that “in the aftermath [of George Floyd’s death], some criminologists attributed the spike in homicides to hesitancy among residents to turn to the police for help.”

“We are seeing these headlines about percentage increases. Now, I want to say that any amount of harm is unacceptable and too much. But I also want to make sure that this hysteria, you know, that this doesn’t drive a hysteria and that we look at these numbers in context so that we can make responsible decisions about what to allocate in that context," AOC claimed.

“I agree with Representative Bowman, that I do believe that we need to reallocate resources away and that a big, you know, major causes of this — and by the way, I also think it’s important context because we hear on the news and media, they perpetuate this idea of crime wave, crime wave, crime wave, right?” she said. “And so this idea that a lot of us are panicked thinking that we are at some unprecedented level that we’ve never seen before.”

This is not a hard concept. Police deter crime. They do so by patrolling the streets. When you cut police budgets you cut down the manpower and limit their ability to help in case of emergencies. So it is not hysteria to be worried about the rising crime levels. It is common sense. If she had any she would be for refunding the police. 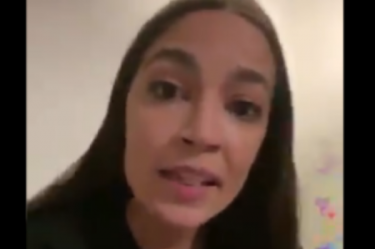