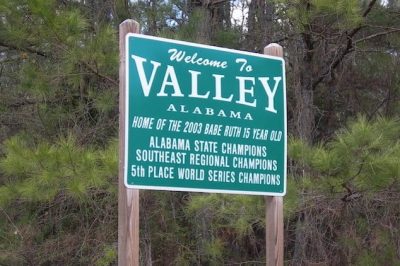 Cops Arrested An 82yr Old Woman For An Unpaid Trash Bill That Is So….

As social media reacts to the idea of criminalizing debt, as the 82-year-old Martha Louis Menefield of Valley, Alabama was arrested for failing to pay her $77.80 trash bill.

For the months of June, July, and August, Martha Louis Menefield, who is from Valley, was detained on Sunday, for failing to pay the garbage service fee, as court documents show. The woman was charged with a misdemeanor offense of "failure to pay solid waste taxes," according to a Facebook announcement by the City of Valley, Alabama.

However, with some users accusing Alabama state of criminalizing debt, social media users expressed outrage over the elderly woman's detention.

One user on Twitter posted, saying, "Debtor’s prisons are alive & well in in @GovernorKayIvey‘s Alabama"

"Where are all the good Christians in Alabama? Why would they let ANYONE go to jail for being poor?" another user responded.

"Unpaid trash shouldn’t cause incarceration! Where are her friends and neighbors? No church people to help? GoFundMe???" another reflected.

But as a city official said, there is a history of service suspension, and after multiple attempts to collect the bill, the arrest occurred.

former potus didn't pay taxes & rich have loopholes. The poor get arrested for not paying $77.80. Granma wasn't questioned; she was arrested with cuffs.
While she needs to pay the bill--so do all wealthy people need to pay their SHARE of taxes. https://t.co/J3WcPPGTxD

Following her arrest, she was taken to the Valley police department and temporarily held before she was released on bond.

Menefield told CBS News in an interview saying, she laughed when two officers knocked on her door on November 25.

"I was upset because I didn’t know why they would come and arrest me." She said, adding, "I was in a little cage-like thing at the police station,” when the police confirmed that he was there to detain her for failing to pay a trash charge.

‘And I said, ‘Y’all put me in this cage? You ought to be ashamed of yourself.’

An arrest warrant for "Failure to Pay-Trash" was issued after the 82-year-old skipped the court date set for the citation in September. The Valley City Officials said that code enforcement officers attempted to contact her several times and left a door hanger at her home, responding to the growing discontent following the 82-year-old woman’s arrest.

There's more, however. In 2006, for not paying a $206.54 trash bill, Court records show the woman was also arrested. But "upon cooperation,” the lawsuit was later dismissed.

Valley Police Chief Mark Reynolds said that her trash services have been suspended or terminated more than 22 times since 2006, including three times in the last two years. And after a magistrate signed off on an arrest warrant for the octogenarian, Reynolds stated officers were required to arrest the 82-year-old.

Reynolds said, that the woman "was treated respectfully by our officers in the performance of their duties and was released on a bond as prescribed by the violation."

People from Alabama and across the country denounced the police department in the comments section.

As one user said:

"They treated this elderly lady like a criminal. The only thing criminal about this entire situation were the actions of the city, judge, and police department."

"Good lord, just cut off her service and don’t turn it back on till she’s paid up. Anyone participating in her arrest is complicit and should be ashamed of themselves and that includes the person that posted this press release here. In fact, anyone participating in her arrest could have pooled their resources and paid her bill. It’s called being a decent human being. And since when is an unpaid utility bill turned over to the court system."

"In our community, seniors get discounted services and free roll out/in. They also will never lose service or get put in jail for failure to pay. What kind of fascist hell is yours where police detain to pay a private debt."

"Just discontinue trash services. No need to escalate to arresting someone on a fixed limited income. Sounds like misusing the criminal justice system to enforce a civil penalty."