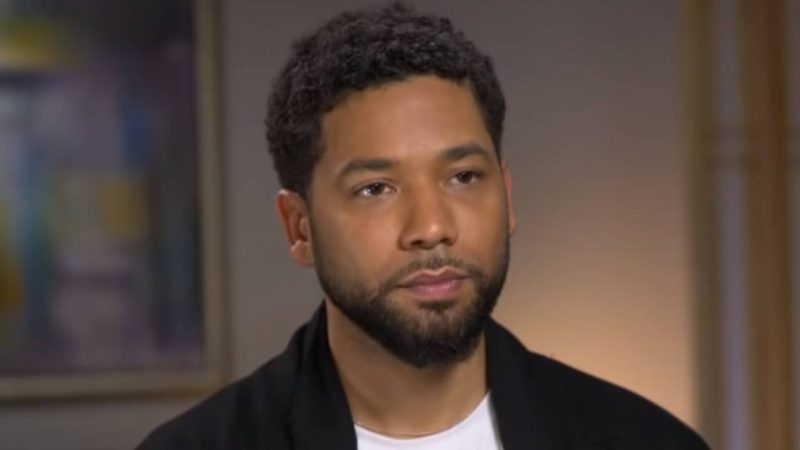 BOOM! Felony Charges Brought Against Jussie Smollett Hours After Being Classified As Suspect

We all knew this was coming, didn't we?

Jussie Smollett's story seemed fishy from the get-go. Even from the very beginning, the story didn't make sense.

Authorities in Chicago on Wednesday approved felony criminal charges against "Empire" actor Jussie Smollett, hours after he was "officially classified as a suspect in a criminal investigation" for allegedly "filing a false police report" in connection with his Jan. 29 attack claims, police said.

The Chicago Police Department has been keeping the public updated on the case as new developments arose:

While we are not in a position to confirm, deny or comment on the validity of what's been unofficially released, there are some developments in this investigation and detectives have some follow-ups to complete which include speaking to the individual who reported the incident.

CPD has confirmed that a tip this morning about a sighting at the residential towers of individuals involved in this alleged incident is unfounded as it was not supported by video evidence obtained by detectives.

Case Update: Jussie Smollett is now officially classified as a suspect in a criminal investigation by #ChicagoPolice for filing a false police report (Class 4 felony). Detectives are currently presenting evidence before a Cook County Grand Jury.

Felony criminal charges have been approved by @CookCountySAO against Jussie Smollett for Disorderly Conduct / Filing a False Police Report. Detectives will make contact with his legal team to negotiate a reasonable surrender for his arrest.

Felony criminal charges have been approved by @CookCountySAO against Jussie Smollett for Disorderly Conduct / Filing a False Police Report. Detectives will make contact with his legal team to negotiate a reasonable surrender for his arrest. pic.twitter.com/LvBSYE2kVj

Smollett's attorneys released a statement on his behalf Wednesday evening:

“Like any other citizen, Mr. Smollett enjoys the presumption of innocence, particularly when there has been an investigation like this one where information, both true and false, has been repeatedly leaked. Given these circumstances, we intend to conduct a thorough investigation and to mount an aggressive defense."

I think we'll have a lot more information by the weekend about what really happened (even though we already know the truth). He'll probably try to make some sort of deal since he's a celebrity.