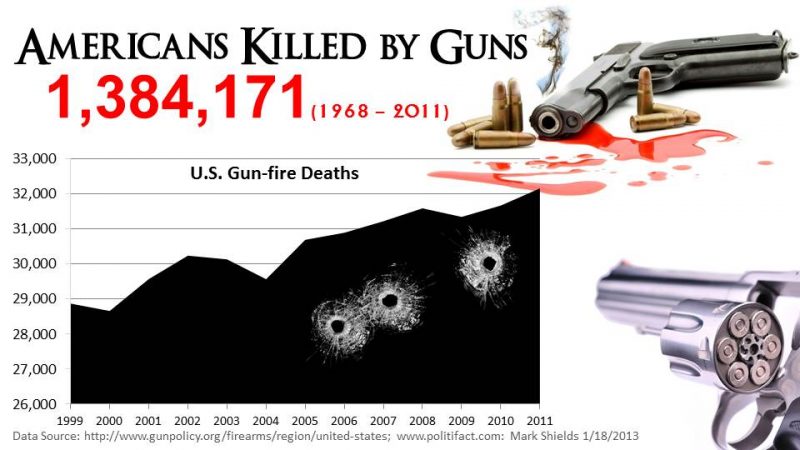 How Liberals Use Fake Research To Complain About Gun Violence

The election season is starting to rear its ugly head around the corner, you know what that means?

Time to start pushing their agenda even more. Especially when it comes to gun control. Just last week, Nancy Pelosi make a remark that the next Democratic President could declare a National Emergency to seize guns.

But almost all the statistics and research that they use to make their case for more gun control is all lies.

John Stossel recently exposed some of these lies in an article he wrote.

When comparing what the liberals claim happened in school shootings versus what really happened,

Last year, they claimed that there were school shootings at “hundreds of schools.” It was “an almost daily occurrence” in the U.S., some said.

This was nonsense. NPR reporters looked into the 235 shootings reported by the U.S. Department of Education and were only able to confirm 11 of them.

It turned out that schools were added to the list merely because someone at a school heard there may have been a shooting. Good for NPR for checking out the Education Department’s claim.

Then take their claims that the United States has more mass shootings than other nations. Stossel also said that's a load of crap as well as he cited researcher John Lott,

But the U.S. doesn’t have the most mass shootings, says Lott. It’s a myth created by University of Alabama associate professor Adam Lankford, a myth repeated by anti-gun media in hundreds of news stories.

“Lankford claimed that since 1966 there were 90 mass public shooters in the United States, more than any other country,” says Lott. “Lankford claimed ‘complete data’ were available from 171 countries.”

But how could that be? Many governments don’t collect such data and even fewer have information from before the days of the internet.

So in all reality, it turns out that not only did the United States not rank number 1 for most mass shootings, it actually ranked at number 62, behind places like Norway, Finland, and Switzerland.