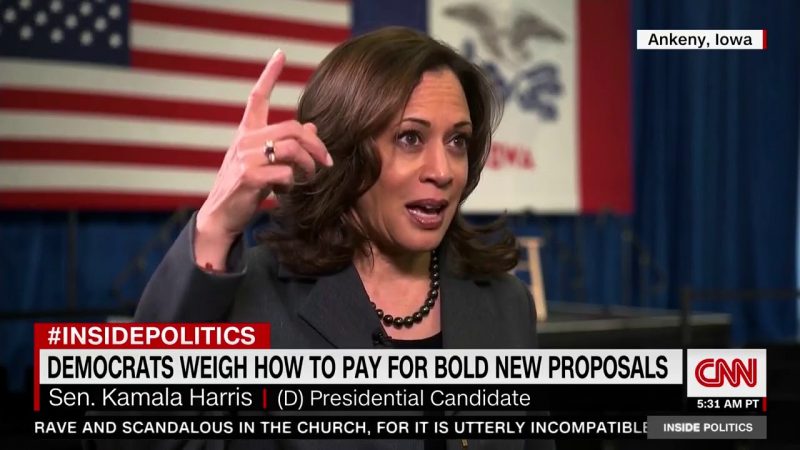 $94 TRILLION Green New Deal, "Of Course We Can Afford It" Says Harris [Video]

The Green New Deal is supposed to be this grand idea of saving the world.

Even Democrats are likening the bill to John Kennedy and the Space Race.

But is it really? Kamala Harris thinks it easy and affordable. But how much is it really going to cost?

According to a study conducted by The American Action Forum, the Green New Deal would cost upwards of $94 TRILLION dollars!  Want to know what your household share would be for the bill? About $650,000 per household.

From the Free Beacon,

CNN host John King, in an interview that aired Sunday, spoke to Harris and asked about the realism behind the proposals dominating the nascent Democratic primary, which appears to be a race to the left among Harris and the other leading candidates.

“Can we afford it?” King asked.

“Of course we can afford it,” Harris said.

Senator John Barrasso criticized the bill and how highly expensive it truly is.

Barrasso said, "On the upper end, every American household would have to pay $65,000 per year to foot the bill. The total price tag would be $93 trillion over 10 years. That is roughly four times the value of all Fortune 500 companies combined. That's no deal. Instead, we should promote innovation to reduce carbon dioxide emissions. Promising new technologies like advanced nuclear power, carbon capture, and carbon utilization hold the key to significant emissions reductions. We can lower our emissions without crashing our economy."

If you'd like to read further about the study conducted, you can find it here.