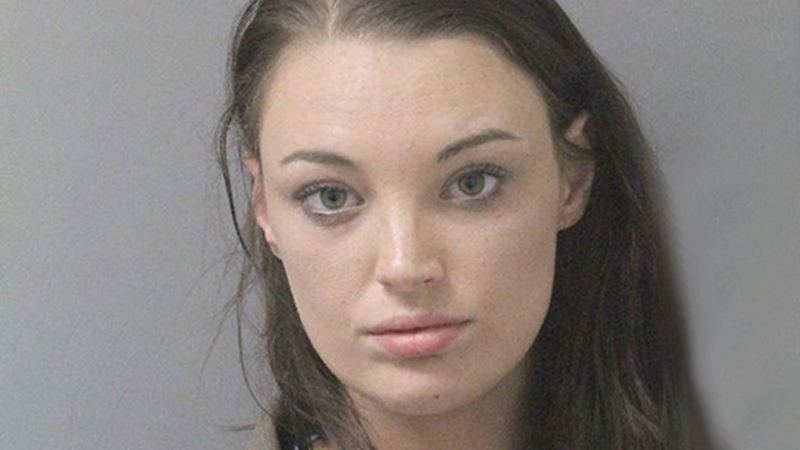 This has got to be one of the craziest stories I've heard in a while.

A Louisiana woman was caught by police where they found drugs found inside her vagina. But she claims that she has no idea how it got there...there's so much that could be said about that.

She was being questioned over stealing $5000 from a man's home after he called the police reporting that she took the money while he was in the shower and left.

But that's not all. They didn't just find the drugs up there. They did find some cash.

It turns out she had $6233 in cash stuffed up there also.

She actually consented to the search. I have no idea why because she knew what she had up there...even though she claimed that she didn't at first because she later admitted that the money did belong to the man in the shower.

A probable cause affidavit noted that a plastic baggie with meth was “inside Rolland’s vagina.” The cash, the affidavit reported, was located during “a consensual search of Rolland’s person” conducted by a female correctional officer.

As it turns out, the cash and the meth were both inside Rolland (seen above).

According to West Monroe Police Department officials, Rolland had a large roll of cash, which was secured by a rubber band, concealed inside her vagina. At the center of the wad was the baggie of meth. The arresting officer told TSG that the currency included 62 $100 bills, with the remaining $33 made up of tens, fives, and singles.

Rolland is currently being held in jail on an $8000 bond.

I don't know if she has any more cash up there but she may want to check so she can make an effort to get out of jail before she's locked up in prison for these two felony charges.