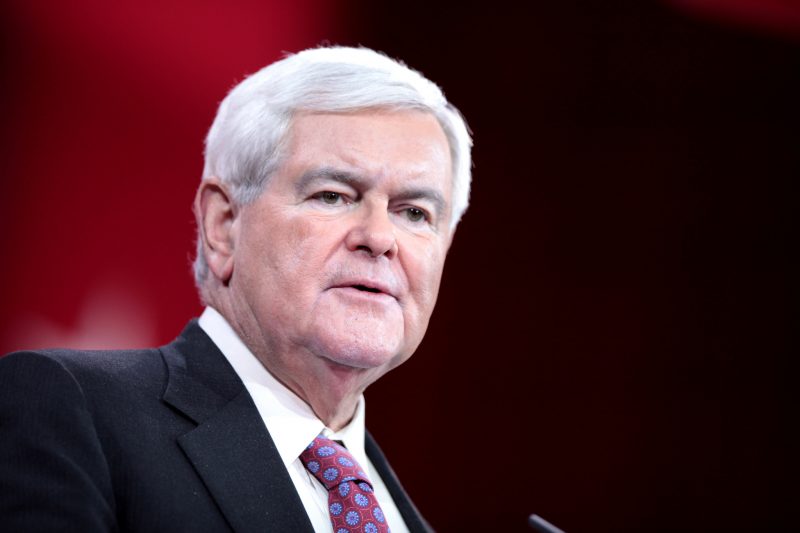 Newt Gingrich has made it quite clear what his position is on Islam and Sharia Law.

He's not having it, that's his position.

“Let me be as blunt and direct as I can be. Western civilization is in a war. We should frankly test every person here who is of a Muslim background, and if they believe in sharia, they should be deported. Sharia is incompatible with Western civilization. Modern Muslims who have given up Sharia—glad to have them as citizens. Perfectly happy to have them next door.”

Not all Muslims practice Sharia Law, nor do they want to.

Nominal Muslims would be equivalent to what I consider a nominal Christian to be, they know the basics of their religion, they do some of the things they think they need to be doing to fit into that category for whatever purpose they feel is justified.

So a nominal Muslim may go to their local place of worship, read the Qur'an sometimes, but for the most part, live a regular life in such a way that you wouldn't be able to distinguish them from a non-Muslim.

Now a devout Muslim is one who holds to what the Qur'an teaches closely. I would say that ISIS, Al-Qaeda, etc. are all devout Muslims. They took the book for what it truly says.

I found an article by The Atlantic where they were demonizing Newt for wanting to keep Sharia Law out of our country and those who support Sharia Law to be deported.

Gingrich’s suggestion also represents a common if serious misunderstanding of sharia. “Sharia” is often used as a shorthand for radical Islamism, but Gingrich shows the limitation of that approach.

The thing is that nowhere in the article does the writer attempt to clarify what Sharia "really is" if not what we believe it is.

Before these liberal media outlets try and praise and defend Sharia Law, they should first find out what it is.

If you'd like to see the interview, check out the video below.