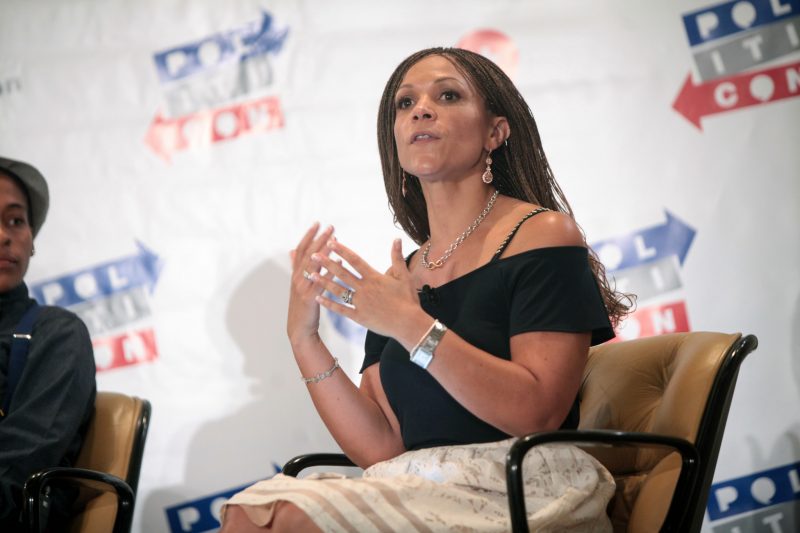 It seems that the Star Wars franchise has always been a controversial group of movies.

There have been the talks of sexism with Princess Leia and racism with Jar Jar Binx and the Federation. But one MSNBC host made a different accusation of racism.

“I know why I have feelings — good, bad and otherwise — about Star Wars. And I have a lot,” Ms. Harris-Perry said during a segment on her talk show discussing race and gender in the Star Wars films. “I could spend the whole day talking about the whole Darth Vader situation.”

Ms. Harris-Perry continued, “Yeah, like, the part where he was totally a black guy whose name basically was James Earl Jones, who, and we were all, but while he was black, he was terrible and bad and awful and used to cut off white men’s hands, and didn’t, you know, actually claim his son. But as soon as he claims his son and goes over to the good, he takes off his mask and he is white. Yes, I have many, many feelings about that.”

Give me a freaking break.

Like I always say, racist liberals are dead set on trying to find something to be offended about, especially when it comes to racism.

Alex Griswold, a columnist for Mediaite and resident Star Wars expert has some words to say back to Ms. Harris-Perry,

“Darth Vader first tells Luke that he is his father when he is still in his black armor, or ‘a black guy’ as she puts it. There was never a point where he didn’t ‘claim his son’; as soon as he discovered Luke was alive, he took steps to reunited the family and ‘rule the galaxy as father and son,” said Alex Griswold.

Watch the video below to see it yourself.