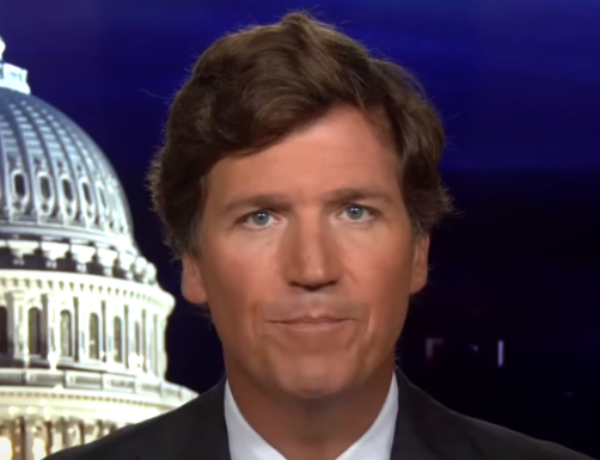 Tucker Carlson absolutely went off on CNN's Brian Stelter during Monday night's show. Above all others, the folks at CNN have been in an absolute panic after Biden's Disinformation Board head was pushed out. Essentially, Nina Jankowicz's resignation paused the board completely and those who were foaming at the mouth to control information were left heartbroken.

People like Stelter cried like a stuck pig over the news. Carlson laid into the CNN stooge and made a very strong point about Stelter's role in the real-life version of 1984— George Orwell's novel.

“Oh, they’re gonna help people not get tricked by lies on the internet,” Carlson joked. “But we need the mannequin, some 80-year-old guy who can’t even speak a complete sentence [President Joe Biden] to help me figure out what’s real. That’s the eunuch, he has a name, it’s Brian Stelter. That’s his view. He loved the idea of a Ministry of Truth, but why does he like that so much? Well, then it hit us. Brian Stelter is in fact, assuming he’s a real person, basically lifted directly from the pages of 1984, the Orwell novel.”

Here is where Carlson hit the nail on the head. He noted the similarities between Stelter and the 1984 character Tom Parsons, a flack for the Ministry of Truth. Carlson read the description of Parsons from the novel—See if this reminds you of anyone:

“He was a fattish but active man of paralyzing stupidity, a mass of imbecile enthusiasms—one of those completely unquestioning, devoted drudges on whom, more even than on the Thought Police, the stability of the Party depended,” the quote read.

“No, we’re not saying that’s a perfect word, for word, for word description of someone who currently has a media analysis show on CNN,” Carlson said. “We’re gonna let you judge, but in case you were wondering, is George Orwell a prophet? Yeah, clearly he was.”

I think the description fits pretty dang well. What do you think? Let me know in the comments below.