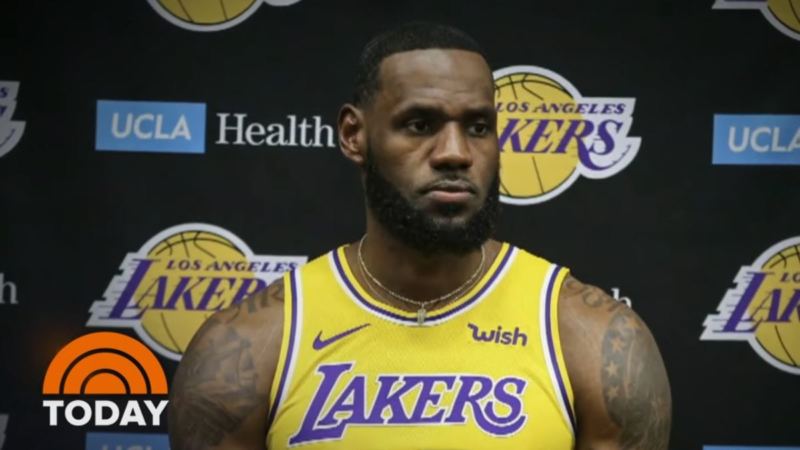 Los Angeles Lakers star LeBron James is becoming the Colin Kaepernick of the NBA world, but really, he's just acting like a moron.

Prior to the start of the first game of the regular season, James disrespected the national anthem and walked off the court all while yelling at the crowd.

The big baby stomped off the court and yelled "Let's goooo!" while the rest of his team remained standing for the anthem.

The disrespectful outburst comes a week after James called supporters of democracy in Hong Kong “uneducated” for their opposition to China’s tightening grip on the semi-autonomous region.

James was chastised by many for his support for China, one of the world’s most significant human rights abusers.

For one, Sen. Josh Hawley (R-MO) took a shot at James for his remarks regarding the league’s ongoing free speech scandal with China. And fellow NBA star Enes Kanter also blasted James for his support of the oppressive Chinese over Hong Kong’s pro-democracy movement.

James’ comments also spurred thousands of citizens of Hong Kong to take to the streets to burn the player’s jerseys and merchandise, and to denounce the player’s stance against democracy.

What was he trying to accomplish by acting like a fool?

James is completely ignorant of what is happening in Hong Kong and why it's happening.

The people of Hong Kong are demanding 5 things:

The protests are paying off and the Chinese government has officially withdrawn the extradition bill which would mean people could be extradited to China to face Chinese Courts. That didn’t sit well in Hong Kong because the people don’t trust Chinese courts. This is what led to protesters fighting to retain the previous status quo.