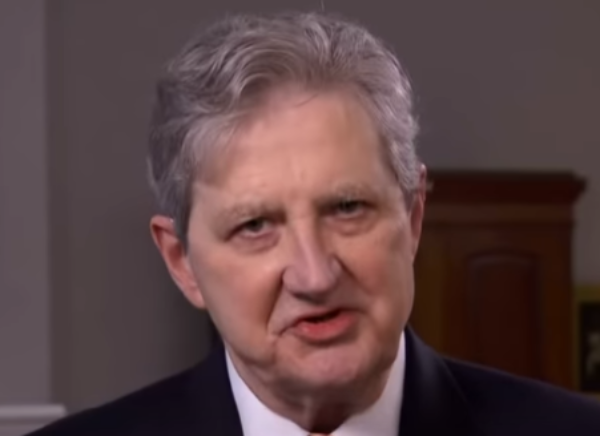 Biden's DOJ has had one message, 'police are bad' and now that it's time to discuss the budget AG Garland wants to ask for more. Why? Because they allowed crime to get out of hand and they're desperate to restore law and order.

“I think the Justice Department is losing. I think you’re losing on crime,”LA Sen John Kennedy said during a Tuesday Senate Appropriations Committee. The DOJ is requesting $37.65 billion in federal funding for Fiscal Year 2023, a $2.63 billion increase over current levels.

Kennedy questioned how the DOJ would support law enforcement officials in cities like Chicago, which has already seen 169 murders in 2022. Nearly 800 people were killed in the city of Chicago in 2021, the highest number since 1996. The Chicago Police Department (CPD) arrested only 201 people for homicide in 2021, although it claimed a case closure rate of 50%, according to the Chicago Sun-Times. CPD rules allow officers to claim a case “closed” if they believe a suspect is dead, prosecutors decline to charge or police decline to arrest a chief suspect.

“We haven’t made any inroads in stopping the killing. Chicago is now the world’s largest outdoor shooting range. We know that a lot of the shootings come from gangs. Why wouldn’t you want to call the police chief and the mayor in Chicago and say, ‘Look, you know who these gang members are. When you have reasonable suspicion under Terry v. Ohio, an objective standard, more than just a hunch, why don’t you aggressively stop, question, and frisk these gang members?'” he asked.

“The best way for the federal government to stop violent crime is to work at each local level and determine, and let the state and locals determine what the best use of their own resources is,” Garland dodged before Kennedy cut him off.

“I’m sorry to interrupt, but I’m trying to get some answers. Why won’t you do that? Just tell me why you won’t do that. Your opinion matters,” Kennedy pressed.

“You are asking in the middle of raging inflation for 7% more money, $2.63 billion, to provide technical increase, technical advice? I mean, we’re going backwards here on crime, General. You are the country’s chief law enforcement officer. You won’t even answer my question about how you feel about stop, question, and frisk?” Kennedy shot back.

According to DailyCaller, the nationwide murder rate jumped 29.4% in 2020, the most recent year for which federal data is available, and the violent crime rate overall increased 5.6%. 2020’s murder rate was the highest in more than two decades, according to the FBI. Amid left-wing pushes to defund police agencies, law enforcement staffing numbers fell by 0.1 officials per 1,000 residents.