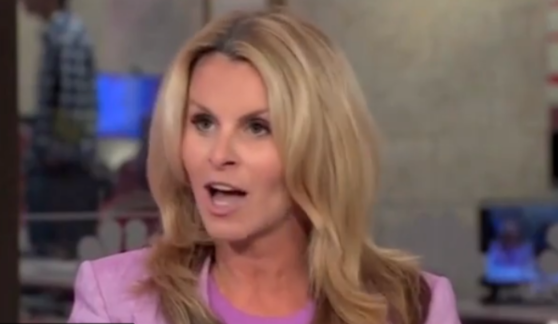 If you need a good laugh you have to check this out. Democrat strategist Adrienne Elrod claimed that all Democrat candidates need to do to win the midterms is follow their leader. According to Elrod, Biden's economy is 'thriving' and a winning strategy for Dems. She laughed as she told MSNBC viewers that Democrats need to 'embrace Biden's agenda' because even she knows her advice is a joke.

After calling the "insurrectionist" wing of the Republican Party the new Tea Party, Elrod proceeded to praise President Biden's economic record, although a recent Fox News poll showed 77 percent of respondents rating the economy negatively, including 63 percent of Democrats.

"If you embrace the Biden agenda, it’s going to get you far," she said.

"There’s a lot to run on here," Elrod continued. "The economy’s doing well – I realize inflation is an issue the Biden administration is trying to address – but we have record job growth under this administration. We have, um, jobs that people actually want to be working in, that are high wage, income-earning jobs."

With growing inflation and rising gas prices, Biden continues to see a downward trend in his job approval ratings. According to a new poll from NBC News, just 39% approve of Biden's job performance; 56% disapprove.

The reality is, that Biden is unpopular in his own party and the only thing motivating liberals to go to the polls right now is Roe v Wade. This backs up my theory that it's a ruse used to drum up voters amid crippling approval ratings.