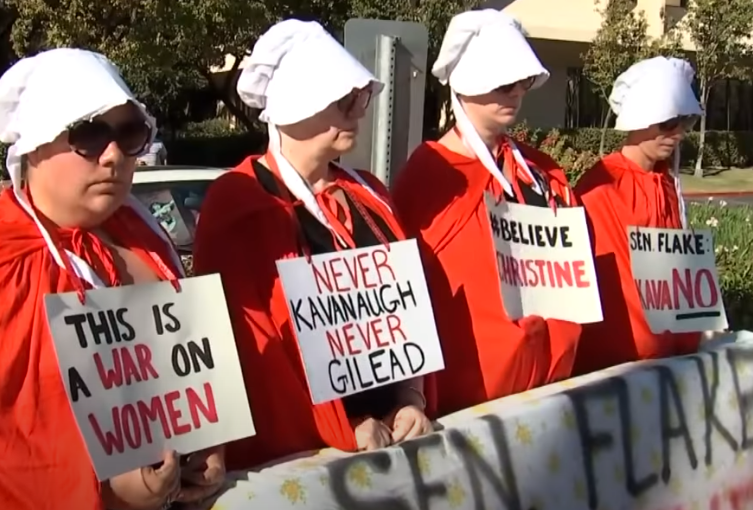 Well, this is kind of mind-blowing—Or is it numbing? At this point, the world is so ripe with hypocrisy that I can't tell. For over a year now the Biden administration, media, and libs have all harped on 'the threat of domestic terrorists' but when the Supreme Court, Churches, Justices, and their clerks get threatened, it's okay?

According to DailyWire, a May 13 Department of Homeland Security (DHS) memo obtained by Axios revealed that government officials are investigating threats to the justices, the clerks, to places of worship, and to abortion clinics.

The memo references threats that came after someone, possibly a clerk, leaked a draft opinion indicating Roe v. Wade will likely be overturned.

These threats “are likely to persist and may increase leading up to and following the issuing of the Court’s official ruling,” the memo said.

Axios reported that the memo attempts to link the pro-life movement to white supremacy, highlighting pro-life violence in the past. But the memo emphasizes that the extremist acts might come from pro-abortion individuals.

“The mere advocacy of political or social positions, political activism, use of strong rhetoric, or generalized philosophic embrace of violent tactics does not constitute domestic violent extremism or illegal activity and is constitutionally protected,” the memo adds, according to Axios.

The threats should be taken very seriously considering the vandalism and destruction we've seen since the news that the SCOTUS intended to overturn Roe v Wade.

Yeah, that doesn't sit right with me, either...