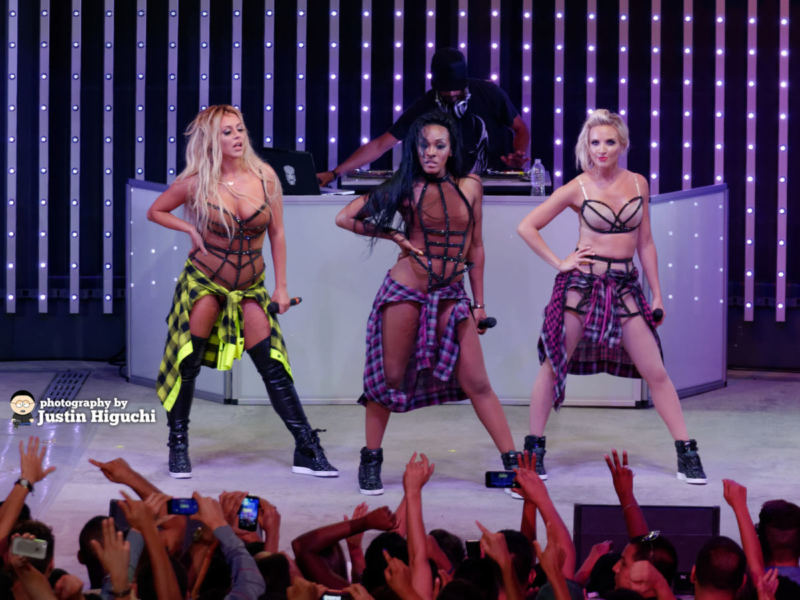 Last month we reported on a story of Danity Kane singer Aubrey O'Day claiming on Twitter than she was forced to take her shirt off on an American Airlines flight in front of the entire plane.

We've now learned what it was that was so bad about the shirt that caused an American Airlines attendant to force her to either remove the shirt or be removed from the plane.

The singer initially tweeted, "never have I flown & had the steward treat me like a punished lil child in timeout the entire flight.. including making me undress in front of the entire plane because he didn’t like my shirt & made me turn inside out in order to fly. @AmericanAir JAMES RUSSO NEEDS TO BE FIRED."

never have I flown & had the steward treat me like a punished lil child in timeout the entire flight.. including making me undress in front of the entire plane because he didn’t like my shirt & made me turn inside out in order to fly. @AmericanAir JAMES RUSSO NEEDS TO BE FIRED.

O'Day now said that the shirt spelled out the word "f--k" and was from a brand in Los Angeles and claimed that it wasn't bad at all. I don't know where she gets her standard of bad language and poor taste, but I'd say it is quite bad, especially knowing that there were very likely children on the plane. Besides that, that's not something everyone wants to see anyway. I don't even care to talk to people who use a ton of language like that. My thought process is that cursing like that is for people who don't have anything better to say.

O'Day added, “They came up to me right after everything was settled and asked me to get off the plane. They said that one of the attendants was offended by my shirt,” she said, before later stating that the airline had "every right [legally] to do that.”

Here's where more of the detail come out, and my prediction was spot on, you can read about it here:

According to People, O'Day said that initially the only option she was given was to deboard the plane.

“I said, ‘Well, I have a million followers, are you sure you don’t want to give me an option?’ Then they said I could go get off the plane and buy something," she alleged. "Because I didn’t have any clothes with me. I just had my purse."

So right here she admits that she could have just gone and bought a shirt.

...O'Day said that after a woman next to her "offered" her shirt, then the notion of her top being turned inside out was brought up, which the airline agreed would be okay, per O'Day.

“Then I say, ‘Just let me sit right there and switch my top inside out with my boobs out on the entire plane,’” O’Day claimed, further alleging: “They were not offended by that at all, but they were offended by the f word.”

She continued: “The person next to me had a naked woman tattooed on his arm, including the pubic hair. And the woman next to me had a Trump shirt on, the man that grabs women by the p—, and is getting impeached, all of that was fine but the f word was not."

She decided it was better to look foolish and take her shirt off instead of going and purchasing another shirt.