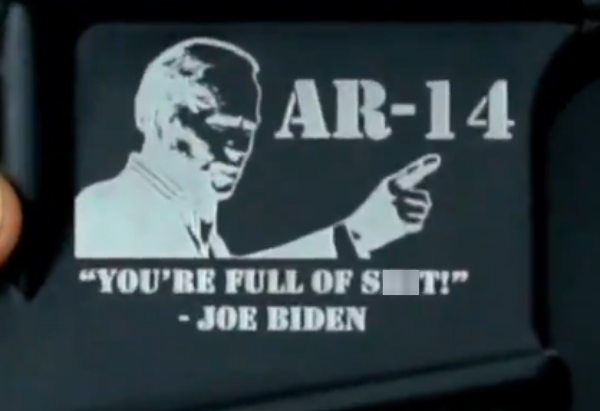 Last week Biden campaigned at a Fiat Chrysler assembly plant in Detroit, Michigan. He gave the workers high praise until Union millwright Jerry Wayne asked him about his stance about the second amendment. The assembly workers were given a rare glimpse into how Biden really feels about anyone that supports the second amendment when he aggressively came at Wayne. Wayne didn't take this sitting down and joined up with the NRA to make the best ad.

The altercation all started when Wayne asked Biden how he expected to get the vote of legal gun owning Union workers when he wants to ban arms. Biden told Wayne he was "full of sh**" and claimed he never said anything like that. Biden then went on about talked about "AR-14s(?)" and how there was no need for 100 rounds. Wayne told Biden he worked for him and Biden closed out the conversation by asking him to fight. And that's the guy running for president...

Wayne teamed up with the NRA and engraved his AR-15 to commemorate his bizarre conversation with the Dem frontrunner.

The union worker who Joe Biden tried to intimidate and told he didn't need an "AR-14" literally got a rifle engraved with "AR-14" and "Full of shit."

This man is a gosh damn LEGEND. 🔥🇺🇸pic.twitter.com/F1GDgtXRmJ

"In the ad, Wayne says, "Joe Biden wants to take my AR-14. Let's just not tell him what it really is," before showing off his new firearm and explaining, "I got this the day after I talked with Joe. I'm sure that's not the result he was going for."

Wayne goes on to explain the reasoning behind his questioning of Biden, and the video includes Biden stating on air to CNN that he plans to take away "assault weapons." It also shows Biden promising that, if elected, he would appoint failed presidential (and failed senatorial) candidate and former Rep. Beto O'Rourke (D-Texas) to "take care of the gun problem" in America."

Once again Biden shows off his outstanding memory. It's just scary that Dems are rallying behind him. He messed up his own name, like how bad do you have to be to jumble up your own name. If you have to vote blue at least Sanders is coherent. 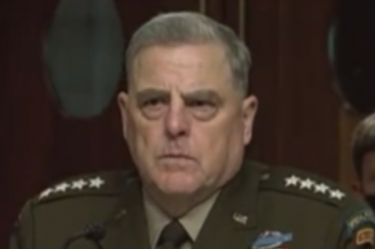 Sen. Cotton Finds Out Why Biden Left Behind Americans.