This is definitely unexpected. One of CNN's top GOP haters, Don Lemon actually did something good for once. He defended Fox News Host Tucker Carlson. Don Lemon brought up the recent incident where a hater of Tucker approached him in a Fishing Shop. Carlson tried to end the confrontation, but the critic was not leaving him alone. Lemon explained that even Carlson should be left alone. But his guest Ana Navarro thought he deserved it.

Lemon: "...we're all on TV. We've been approached. We hear good things, we hear bad things from people. We don't even know who they are, it's part of the gig. Don't you think this went a little too far, though?"

Navarro: Umm, you know, I actually thought the guy who confronted him was quite polite, was not shouting, was not violent, was not aggressive in any way. He expressed his opinion in the same way that Tucker Carlson expresses his opinion on a nightly basis on a much larger platform. Listen, Don, I’ve seen videos like this about Chris Cuomo when his kids are in tow.  This has happened to me. It happened to me at a fresh market at Coconut Grove in Miami. There was this lady stalking me. I thought she wanted a selfie. No. She wanted to insult me for not -- for loathing Trump.

And look, when it comes to Tucker Carlson, it's not just about infrastructure or immigration or you name it. It's about COVID and it's about life and death. I think people are very raw and emotional and angry about that in particular.

Lemon: There's a difference between stating your opinion and standing and intimidating someone and blocking them. People stop me all the time and give me their opinions and sometimes I don't like it. But you know when someone is being aggressive. You know when they are in your personal space.

Of course, that comes with the territory. I was in the whole foods the other way. This guy talked to me. He said, look, I watch you all the time, I don't agree with you. Let me tell you what I don't agree with you about. We stood there and had a conversation. That is not what happened in that video.

Look, I know it comes with a territory, but you know the difference between someone being aggressive and blocking you from walking or moving or not letting you get your point across. There is a difference in someone respectfully saying, I don't agree with you, and let me tell you why, do you have a second? If I say no, I don't have a second, move on. If I say, sure, you engage them and you want to.

That's a different thing. But I don't think that we should be encouraging this. This should not happen to Chris.

Navarro: Who the hell is encouraging it, Don?

And in case you missed it, this is the confrontation they are talking about.

The guy confronting Carlson has every right to express himself freely. But Carlson also has the right to be left alone. As you see in the video, Carlson is not looking to talk to him, but the guy is following him around and harassing him. Carlson actually handled this well, since the guy was in his face and aggressive.

So Don Lemon was very much right in this instance and Navarro is clearly an unhinged Lib that would do the same thing if she saw Carlson in public. 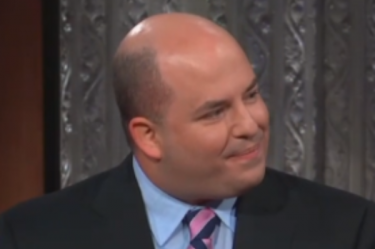 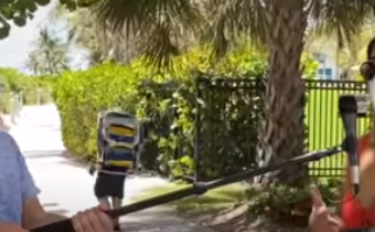 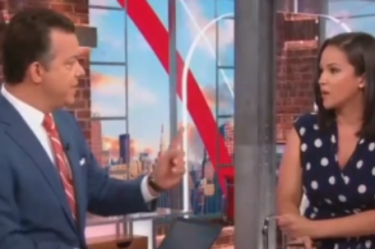