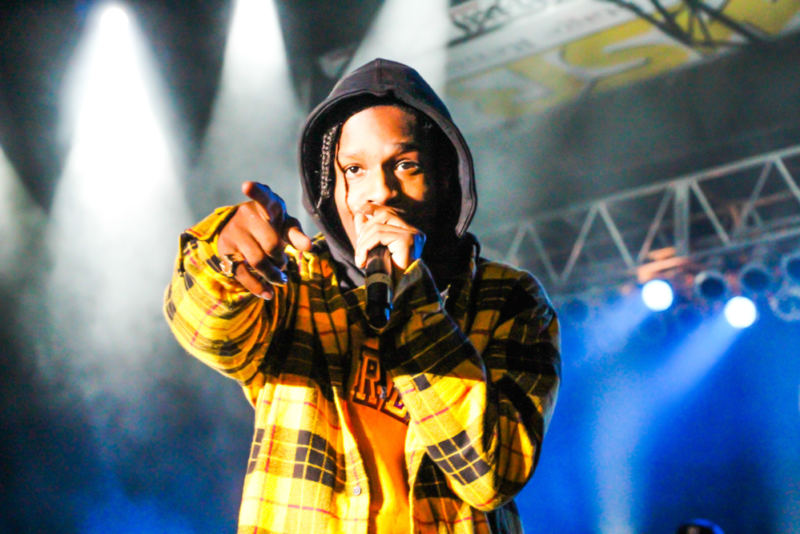 Trump Wins Again! A$AP Rocky Heads Back To The U.S. From Sweden

Chalk up another win on the board for President Trump!

The rapper known as A$AP Rocky made his way back to the U.S. after spending some time in a Swedish jail following a fight in June.

The rapper and two members of his entourage accused of assault were released from detention until Aug. 14, when the verdict will be announced in his trial, The Associated Press reported Friday. However, it wasn't clear whether the individuals could leave the country in the interim, despite Trump's claim the rapper was headed back to the U.S.

Trump has championed the cause of A$AP Rocky, whose real name is Rakim Mayers, since he was arrested and charged with assault following a June incident in Stockholm. The rapper was charged last week with committing an assault causing actual bodily harm.

A$AP Rocky released from prison and on his way home to the United States from Sweden. It was a Rocky Week, get home ASAP A$AP!

People were seriously doubting whether President Trump would be able to do anything about A$AP Rocky's detention or if he would even try.

But let me tell you this, President Trump is a man of his word and if he says he's going to see what he can do, he means it.

This all came about after Kanye West spoke with the President about A$AP Rocky.

“Just spoke [email protected] about his friend A$AP Rocky’s incarceration,” Trump tweeted Friday. “I will be calling the very talented Prime Minister of Sweden to see what we can do about helping A$AP Rocky. So many people would like to see this quickly resolved!”

Kim Kardashian West and Kanye West have been lobbying Trump and other senior members of his administration to get involved in the 30-year-old’s case.

Rocky, whose real name is Rakim Mayers, allegedly got into a fight June 30 with two men who had been harassing the artist and his entourage. According to TMZ, which first reported the brawl and obtained video of the incident, the rapper was talking intensely with two men who kept following him and his group because Rocky allegedly broke a pair of their headphones. A woman then accused the two men of grabbing her, and that’s when Rocky and his entourage allegedly got physical.

Rocky’s attorney and manager have said that the artist acted in self-defense after “a group of men” continued to follow, harass, and then physically assault them. (Buzzfeed)