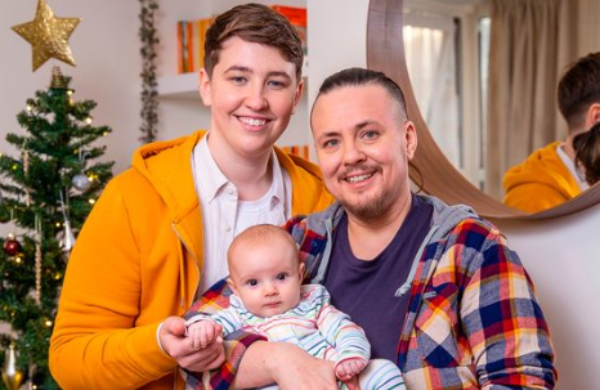 This is just how ridiculous this social trend has become. In this story, a transman, Reuben Sharpe, and a woman, Jay, who identifies as nonbinary, decided they wanted to have a baby. The transman wanted to have it, but they needed a donor, so they went to a trans woman to get a donation and had a trans doctor fertilize Sharpe. They apparently stuck to the trans community as much as possible for this pregnancy...

"...Reuben Sharpe today tells how HE gave birth to a miracle baby in Britain’s most modern family. The 39-year-old transitioned to a man 12 years ago. But he still had maternal instincts and six years ago stopped taking testosterone in the hope of one day having a child. And that dream came true when he and partner Jay had a bouncing baby. Jay is non-binary – so does not identify as male or female. The sperm donor was a trans woman... and even the DOCTOR was transgender.

And while a handful of other UK men have fallen pregnant after transitioning from a woman, Reuben and Jay are among the first couples to speak out about their remarkable journey. Little Jamie arrived three months ago and the family has just enjoyed the best of Christmases.

Beaming with pride, wedding photographer Reuben says: “It’s taken six years to get this far, but now we have a baby in our arms and that was the end goal. I finally feel complete.“It wasn’t that I was desperate to have the birthing experience or pregnancy experience, but I wanted a child and I had the facility to do it.

“Reuben explains how he began living as a man in 2007 – taking male hormones which left him with a beard, deep voice and masculine features. But realizing he wanted a baby, Reuben spoke to a trusted trans doctor about the possibility of falling pregnant. He was reassured it was possible as he still had his womb and ovaries. So he took a break from his testosterone medicine to enable him to undergo fertility treatment. Reuben met fellow wedding snapper Jay, 28, in a pub and the pair hit it off. Jay – who is referred to as them or they rather than he or she – has had a double breast removal.

"Reuben and Jay had to consider who could act as the sperm donor. They Facebooked a contact who is a trans woman but can still produce sperm. Reuben adds: “I thought they would be perfect. “Sperm donation is a big decision to make, but when we asked the donor, it felt so right. We sent a message on Facebook to ask.”

Jay and Reuben chose to have IUI, which means the sperm was inserted into Reuben’s womb by a doctor at a private fertility clinic. Three rounds of treatment cost £6,000.

They eventually became pregnant and found that many eyes were on them. Doctors and people would often avoid pronouns and gender as much as possible when dealing with the pair understandably.

“It felt uncomfortable and made us sad because it was happening at such important times when we were going to see our baby. Both of us just wanted a normal experience.”

Sharpe claimed he very much enjoyed the experience though.

“I actually liked my pregnant body and liked being bigger. It was very affirming and I really enjoyed it – I’m a man and I get pregnant. There’s a lot of changes to go through but I felt free of that.

Reuben says: “Like with many things, people have got it into their heads ‘this is a female thing, this is a male thing’. Having a child is male, female, everyone.

“I don’t think pregnancy is the ultimate female experience, therefore it didn’t challenge me as a man.

A man can not have a baby... This is just biology. Just the fact that Sharpe can make the claim that he can get pregnant negates the male pronoun. But this is Britain and they have reached the next level of acceptance when it comes to the trans community. This is Amerca's future, a bunch of social identities complicating a simple story of a lesbian couple wanting a baby. 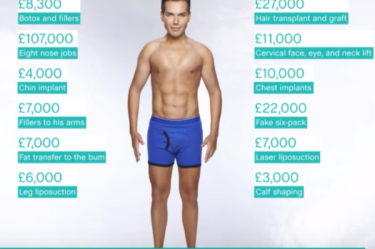 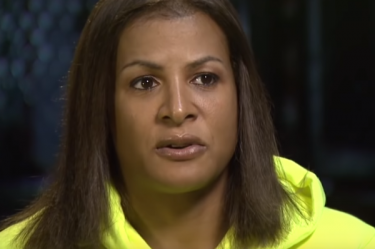