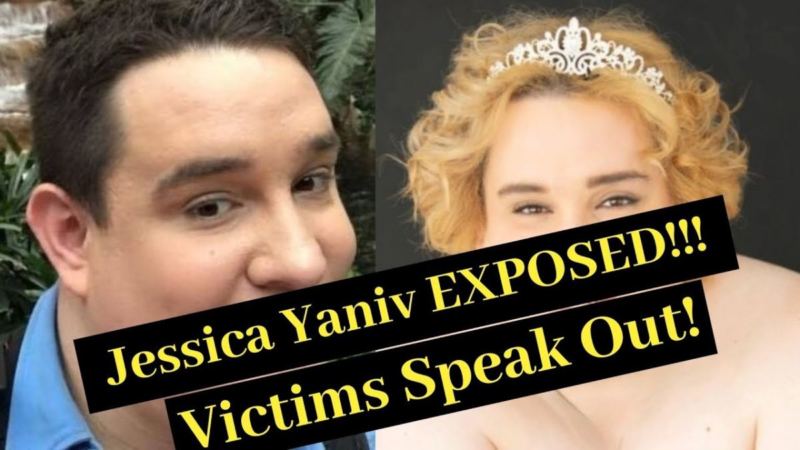 Trans activist and "transgender" person Jessica Yaniv is back at it again with trying to entrap small business owners into refusing him service so he can throw a fit and try to file a lawsuit against them for discrimination and violating his basic human rights.

You may recall that Yaniv made the news a few months ago after trying to sue female estheticians for refusing to wax his testicles. He lost all of those cases and even had to pay some money if I remember correctly. Now he's "shocked and confused" as to why he was refused service from a gynecologist office.

Do you think the fact that he doesn't have female genitals or a female reproductive system might have something to do with it?

Here is what Yaniv tweeted after her shocking experience where they wouldn't use the speculum on him...he should be thankful honestly.

So a gynaecologist office that I got referred to literally told me today that "we don't serve transgender patients." And me, being me, I'm shocked.. and confused... and hurt. Are they allowed to do that, legally? Isn't that against the college practices? @cpsbc_ca

So a gynaecologist office that I got referred to literally told me today that "we don't serve transgender patients."

Are they allowed to do that, legally? Isn't that against the college practices? @cpsbc_ca

Gynaecologists form a part of the multidisciplinary team who engage with transgender and non‐binary patients, either as part of the transition stage performing surgery or managing pre‐ or post‐transition gynaecological problems.

The @cpsbc_ca has confirmed to me that the refusal I’ve received is discrimination under the BC Human Rights Code and against their code of Ethics.

So @cpsbc_ca I’ll file a complaint with you today about that clinic. Trans people need to be included, not excluded from society. Pre and post gender affirming surgery care is super important!

At this point, he is nothing more than a delusion hateful attention whore who is miserable and therefore looking to make the lives of others miserable as well.

He is also a pervert and a sexual predator who has been exposed. Watch the video below to learn more.