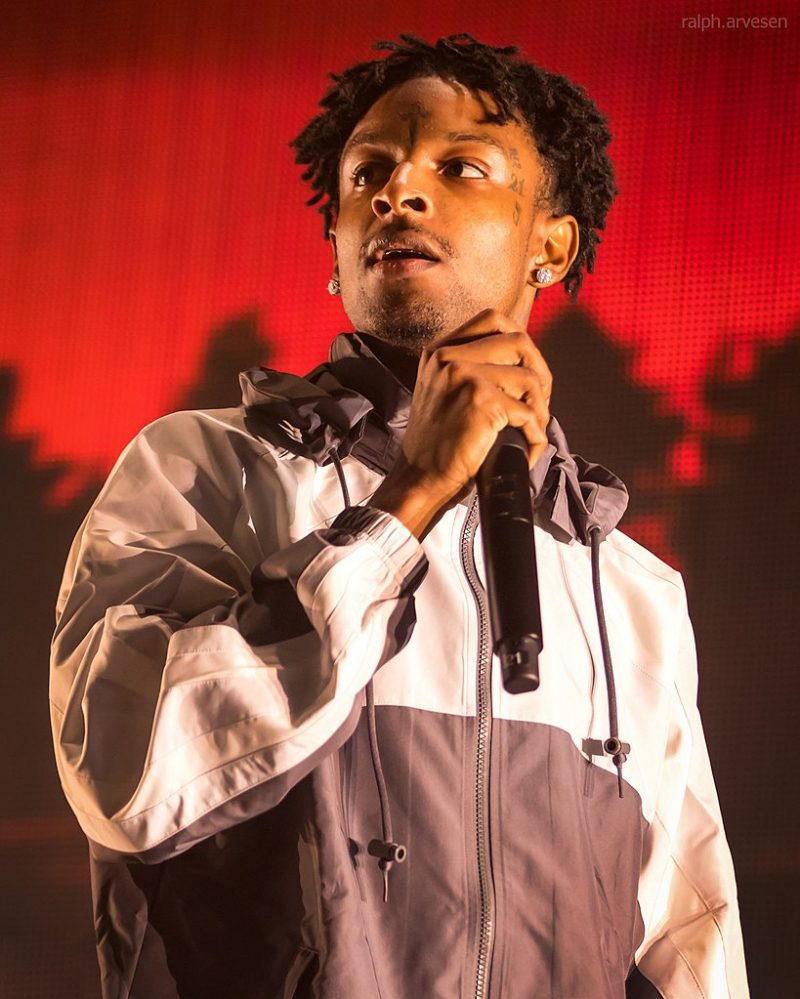 Sunday was the Super Bowl and what a great time it was, that is unless you're a Rams fan or 21 Savage.

21 Savage, whose real name is Sha Yaa Bin Abraham-Joseph, is a rapper from the United Kingdom.

The rapper was arrested by U.S. Immigration and Customs Enforcement (ICE) for being unlawfully present in the U.S.

In a statement from ICE spokesman Brian Cox's statement about the rapper,

Mr. Abraham-Joseph initially entered the U.S. legally in July 2005, but subsequently failed to depart under the terms of his nonimmigrant visa and he became unlawfully present in the U.S. when his visa expired in July 2006. In addition to being in violation of federal immigration law, Mr. Abraham-Joseph was convicted on felony drug charges in October 2014 in Fulton County, Georgia.”

The arrest was met with baffled reactions online, as the rapper has long been associated with Atlanta and performed with local rappers T.I., Migos, Lil Yachty and Ludacris at an A-town-heavy concert in the city on Thursday during the run-up to today’s Super Bowl. However, Cox told the AJC that Savage, 26, is an “unlawfully present United Kingdom national” who legally entered the U.S. in July 2005 on a visa that expired a year later, Cox said.

“We are working diligently to get Mr. Abraham-Joseph out of detention while we work with authorities to clear up any misunderstanding. Mr. Abraham-Joseph is a role model to the young people in the country — especially in Atlanta, Georgia and is actively working in the community leading programs to help underprivileged youths in financial literacy.”

21 Savage may not be well known to some, but he has been nominated for two 2019 Grammy Awards for working with Post Malone in his song "Rockstar".