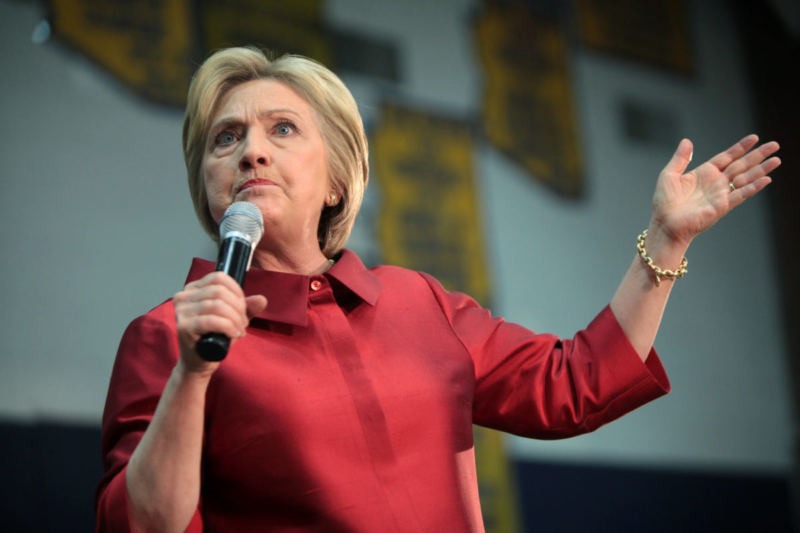 The State Department has been conducting its own investigation into the 33,000 emails that were leaked after they were destroyed from Hillary Clinton's private server.

The emails were sent while she was Secretary of State, but had been using her own service. Then she had the hard drives "completely" wiped out so as to not reveal any evidence of her wrongdoing.

Well, now it's too late. She should have just did the right thing to begin with and not send emails through unsecured servers, or less secure servers than what they have in D.C.

The report was given to Senator Grassley last week and it revealed the depth of her crimes as well as wrongdoing of others involved.

The report summarized an administrative review of the handling of classified information relating to Clinton’s private email server used during her tenure as the nation’s highest-ranking diplomat between 2009 and 2013. The report, dated Sept. 13., was delivered to the office of Sen. Chuck Grassley, R-Iowa., who was chairman of the Senate Judiciary Committee until last year.

The report reflected only approximately 30,000 emails that the State Department was able to physically review, and found 38 individuals were responsible for 91 violations.

Another 497 violations were also found, although the report was not able to assign responsibility in those cases, in part because many of those involved had already left the department during the time it took to receive the emails and review them.

We've known all along that there was something wrong about the way James Comey handled the Clinton email scandal. He just let her off the hook completely after admitting that she was guilty.

Back then we didn't even know how guilty she was, but after the State Department's report being released, it's quite clear that she is in for a world of trouble.