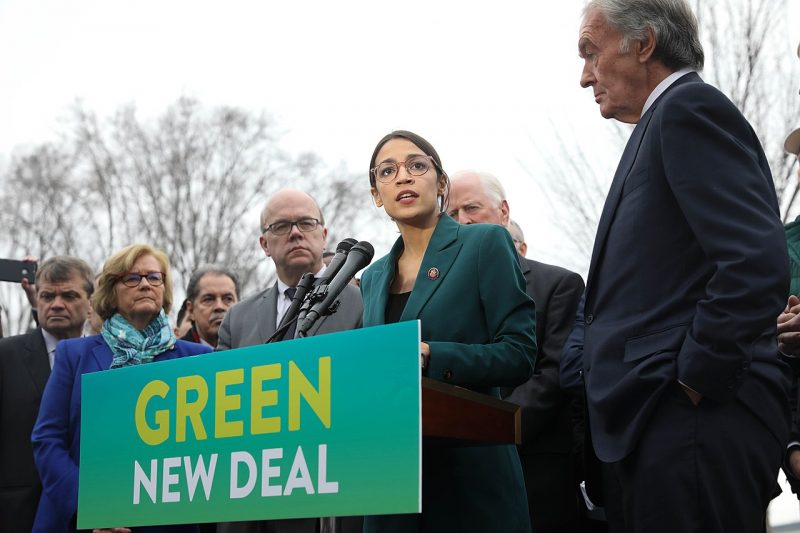 Socialist Representative Alexandria Ocasio-Cortez has obviously been making her way through the news recently and is now one of the most well-known politicians in Congress.

It's a shame that the reason she's so well known is because of her stupid ideas and idiotic tweets on Twitter.

But now it looks like she's letting this 15 minutes of fame go to her head.

During a town hall event in New York, Ocasio-Cortez made a statement that shows what she thinks of herself compared to her constituents.

"You know what? I don't care anymore. I don't care anymore, because again, I'm at least trying, and they're not," Ocasio-Cortez said. "So the power is in the person who's trying, regardless of the success. If you're trying, you've got all the power, you're driving the agenda, you're doing all this stuff."

"Like I just introduced Green New Deal two weeks ago and it's created creating all of this conversation. Why? Because no one else has even tried," she claimed. "So people are like 'oh it's unrealistic, oh it's vague, oh it doesn't address this little, minute thing.' And I'm like you try, you do it."

Socialist Rep. Alexandria Ocasio-Cortez (D-NY) on the widespread criticism of her Green New Deal: "I’m like, you try. ... Until you do it, I’m the boss! How about that?!" pic.twitter.com/vkp15KBttd

There have been TONS of criticism from both sides of the aisle on her Green New Deal. In fact, it was so bad that she even took down details from her own website.

Recently when some details were shared on her website, one of the details was that people would receive money even if they were unwilling to work. This got so much backlash in such a short amount of time she had the information pulled from the website completely.

It was claimed that an old draft version was accidentally placed on the website, but if that's the case why not replace it with the correct version instead of just pull everything altogether?