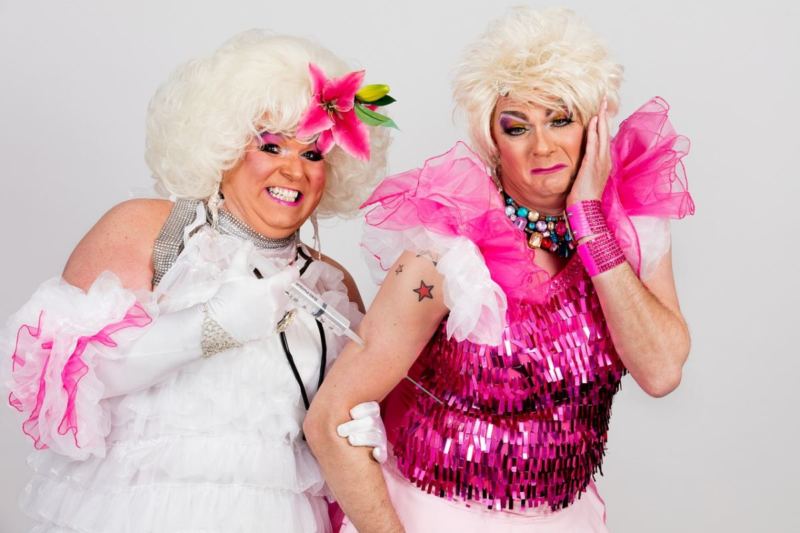 Tell me again how there is no grooming going on? Tucson Unified School District (TUSD) high school counselors that promoted and organized 'drag shows' at the high school has been arrested for having sex with a student. The victim, an unnamed 15-year-old girl was groomed by Zobella Brazil Vinik, a 29-year-old woman who identifies as trans.

TUSC spokesperson Karla Escamilla declined to comment on the arrest, but provided this statment from TUSD Superintendent Gabriel Trujillo:

"On May 4th, 2022, detectives from the Tucson Police Department Sexual Assault Unit informed the administration of Tucson High Magnet School of an ongoing investigation into one of its counselors, Zobella Brazil Vinik. The administration was informed of an alleged inappropriate relationship between the counselor and a 15-year-old student from Tucson High.

Working with the Tucson High administration, the District administration acted swiftly to remove the counselor from campus and place her on administrative leave. Our School Safety Department immediately initiated a comprehensive investigation into this alleged incident, which is currently ongoing.

On Thursday May 5th, 2022, Ms. Vinik resigned her position from the Tucson Unified School District and is no longer an employee of the district. The Tucson Unified School District administration will continue to cooperate with the Tucson Police Department in its ongoing investigation. Our administration will continue to emphasize the health and safety of our students as our highest priority."

Zobella Vinik, a radical queer nonbinary leftist who was a counselor at a @tucsonunified school before resigning over allegedly having sex w/a child, worked on helping illegal foreign nationals. She said she was "unlearning" white supremacy & capitalism. https://t.co/wUY5fBYoQC pic.twitter.com/vBT72INrvW

Outlets show that the groomer identifies as 'nonbinary' or 'genderqueer' which was formally known as bisexual, basically.

Do you know what's interesting? The major outlets are totally silent. See, they want to promote grooming and the narrative can't afford little 'mishaps' like this one exposing the very real dangers presented.